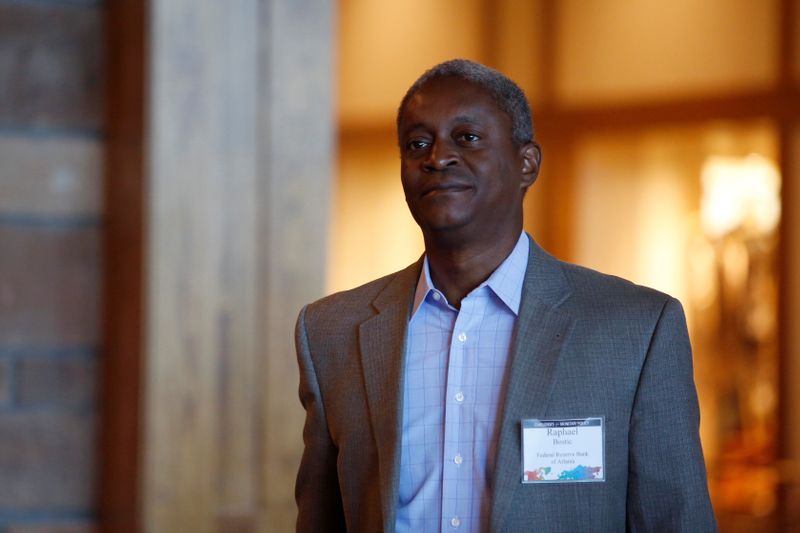 In an interview with the newspaper, Bostic said the Fed would need to see a sustained period of "strong and robust" inflation for it to lift its rates.

"I just don't have a lot of certainty that we're going to see that very quickly," he was quoted as saying.

Bostic told the newspaper he expected the U.S. economy to grow 6% and inflation to overshoot the Fed's target this year.

Bostic added that there could still be some time before the Fed considers dialling back its asset purchases.

The U.S. central bank is buying about $120 billion in bonds a month, after a ramp up last spring to support market functioning after a large sell-off sparked by the coronavirus pandemic caused a liquidity freeze.

(Reporting by Sarah Morland in Gdansk; Editing by Andrew Heavens and Catherine Evans)