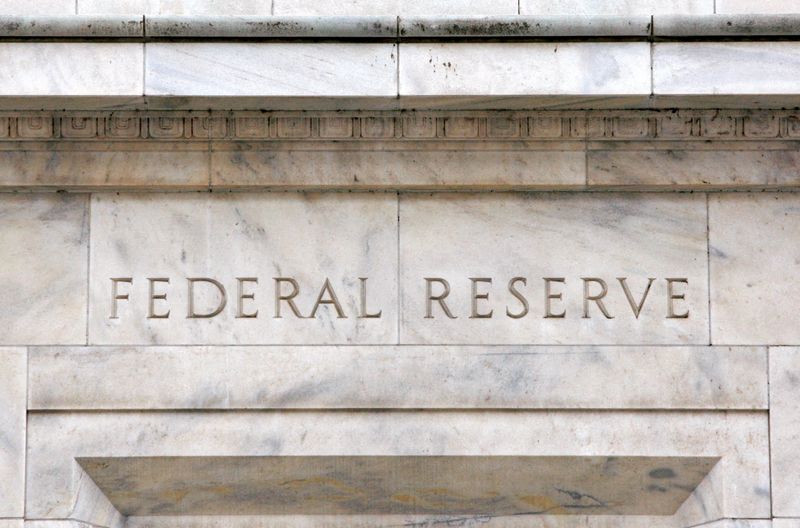 NEW YORK (Reuters) - When Federal Reserve officials met at the start of the month to weigh another rate increase, some of them were thinking about what the central bank might have to do should the Treasury market run into trouble.

Those concerns were aired in meeting minutes for the rate-setting Federal Open Market Committee’s Nov. 1-2 policy meeting, released Wednesday. Then, officials pressed forward with aggressive rate increases that are part of a campaign to lower the highest levels of inflation seen in 40 years.

The speed of Fed rate hikes, which have also been joined with ongoing central bank action to shed Treasury and mortgage bonds to contract the size of its balance sheet, have generated worries the Fed could break something in financial markets.

Thus far, the Treasury market, which serves as the backbone of the world’s credit system, has held together, although there has been ample concern about low liquidity that’s made trading difficult. Fed officials have thus far described the market as resilient.

“Participants observed that, despite elevated interest rate volatility and indications of strained liquidity conditions, the functioning of the Treasury securities market had been orderly,” the minutes said. Fed staff briefing officials concurred,

The minutes flagged recent events in Britain as a point of concern. There, the central bank was forced to intervene and buy bonds to restore market stability, in a policy that ran counter to the Bank of England’s overall effort to tighten, rather than loosen the stance of monetary policy. Some have worried the Fed might have to restart asset buying in the United States should some sort of trouble develop, and some in Congress have already warned the Fed not to go down this road.

According to the minutes, “a few participants noted the importance of being prepared to address disruptions in U.S. core market functioning in ways that would not affect the stance of monetary policy, especially during episodes of monetary policy tightening.”

The minutes, however, did not say what the Fed could do to calm markets in the face of trouble without taking action to buy bonds, as the central bank did in late 2019 and in the spring of 2020, when markets became unsettled.

Some observers have said a Fed tool called the Standing Repo Facility, which allows eligible firms to quickly convert Treasuries into cash loans, could be an important tool in restoring liquidity. That facility was adopted in the summer of 2021 and is as yet untested.

The minutes also said “several participants noted the risks posed by nonbank financial institutions amid the rapid global tightening of monetary policy and the potential for hidden leverage in these institutions to amplify shocks.”

The discussion on financial stability reflected in the minutes took place before the latest shocks to market stability emerging from the nonbank sector - specifically the cryptocurrency space. It was not until after officials had adjourned their meeting that crypto exchange FTX collapsed and filed for bankruptcy, and it appears that other failures are in the offing.

"We're concerned about the risks that we don't know about in the nonbank sector," Barr told the Senate Banking Committee.