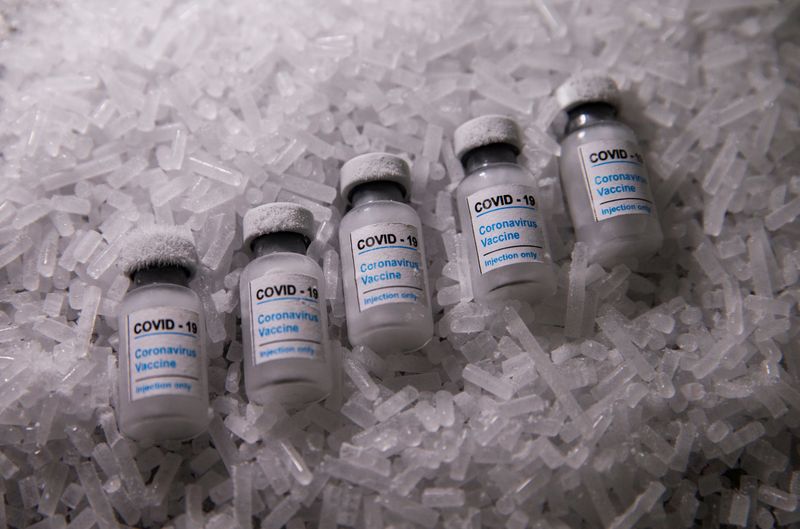 (Reuters) - A White House official on Friday said the U.S. government has distributed 22 million COVID-19 shots to locations across the United States this week, as it pushes to deliver enough vaccines for all Americans by the end of May. U.S. President Joe Biden has urged states to offer shots to all adults in May and said there will be enough doses for every adult who wants a shot by the end of that month. Jeff Zients, the White House's COVID-19 response coordinator, said the administration has delivered 1 million shots to community vaccination sites across the country, around 60% of which have been given to ethnic and racial minorities. "The federal pharmacy program... has allowed millions of Americans to get a shot in a local pharmacy, the same way they get their flu shot," Zients said on a Friday press call.The United States has shipped out more than 150 million shots and dosed nearly 120 million people, according to federal data.Johnson & Johnson, Pfizer Inc and Moderna Inc expect to deliver together 240 million COVID-19 shots to the United States by the end of March, and 800 million by mid-summer. The Biden administration has urged states to make a push to get all teachers and childcare workers vaccinated by the end of March to assist with safe public school reopenings. Zients said that U.S. regulators are expected to take action on AstraZeneca Plc's COVID-19 shot in the next several weeks.The White House plans to loan 4 million AstraZeneca shots that have already been produced in the United States to Canada and Mexico, Zients said, adding that the loan will not interfere with promised deliveries to Americans. Reuters first reported the plans on Thursday. The British drugmaker said it expects to have 30 million shots ready to be shipped around the United States by the beginning of April.