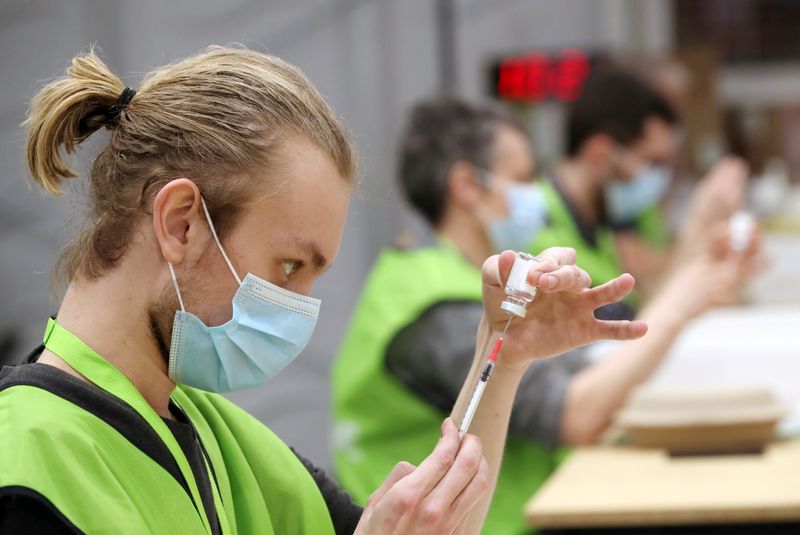 (Reuters) - Europe's drug regulator on Wednesday found a possible link between AstraZeneca's COVID-19 vaccine and rare blood clotting issues in adults who had received the shot and said it had taken into consideration all available evidence.

"One plausible explanation for the combination of blood clots and low blood platelets is an immune response, leading to a condition similar to one seen sometimes in patients treated with heparin," the European Medicines Agency (EMA) said.

The findings come as a major hurdle in the global fight against the pandemic and a shift in the stance of the regulator, which had last week backed the vaccine and said there was no increased risk of blood clots in general from the shot.

It is also a blow to AstraZeneca, which was a frontrunner in the race for making an effective vaccine against COVID-19 ever since it began working with the University of Oxford.

The EMA's safety committee, which was assessing the vaccine, has requested for more studies and changes to the current ones to get more information.

(Reporting by Pushkala Aripaka in Bengaluru; Editing by Arun Koyyur)