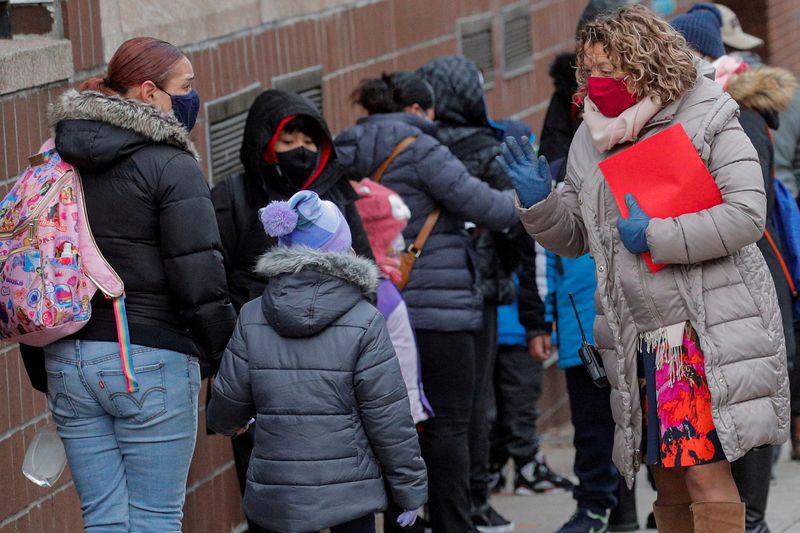 (Reuters) - Back-to-school sales at U.S. department stores are expected to jump about 25% from last year, as parents splurge on apparel, supplies and electronics for the new academic year when many kids return to classrooms, an industry report showed on Thursday.

Sales at department stores this back-to-school season, which runs mid-July through early-September, are forecast to surge 25.3% from a year earlier, and 9.5% over 2019, according to Mastercard Inc SpendingPulse data. Total retail sales, excluding auto and gas, are projected to rise 5.5%.

After staying indoors for over a year due to the health crisis, Americans are more confident about venturing out and spending in stores, thanks to increased vaccinations, record savings and stimulus packages.

"The broader reopening brings an exciting wave of optimism as children prepare for another school year, and the grown-ups in their lives approach a similar 'return to office' scenario," senior advisor for Mastercard Steve Sadove said.

Apparel sales are expected to jump 78.2% from last year as shoppers will look to revamp their wardrobes, coming out of last year's casual athleisure styles, when they worked and studied from home. Electronics are projected to rise 13%.

The report also notes a 6.6% drop in e-commerce sales from a year earlier, when most people shopped online, but they are expected to jump 53.2% on a two-year basis.

The pandemic pushed department stores, such as Macy's and Kohl's, to sell largely online and streamline their businesses at a time they were already facing intense competition and a shift in consumer preference.

On Wednesday, The National Retail Federation raised its growth forecast for 2021 U.S. retail sales as the economy reopens faster than predicted.

(Reporting by Nivedita Balu in Bengaluru; Editing by Vinay Dwivedi)