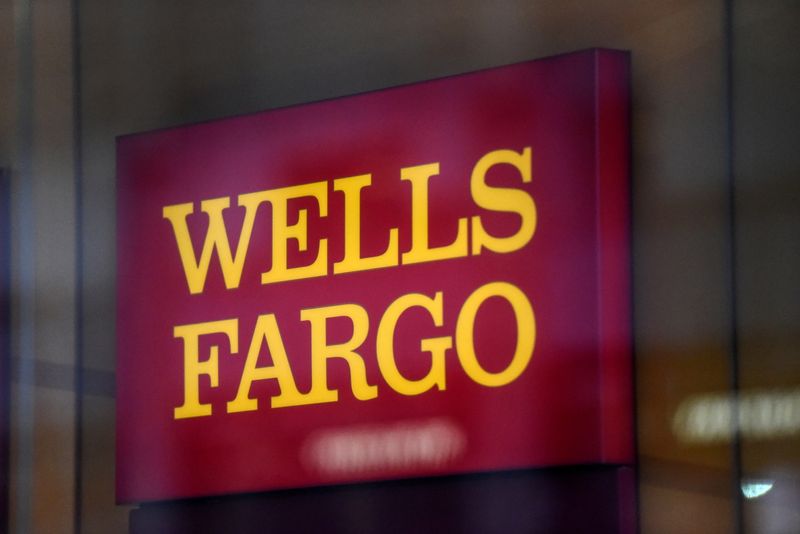 (Reuters) -Wells Fargo & Co beat Wall Street profit expectations on Wednesday as it reduced bad loan provisions and reined-in costs, signaling the bank may finally be emerging from a sales practices scandal that has dogged it for nearly five years.

Profits at the country's fourth-largest lender rebounded to nearly $5 billion in the first quarter of 2021 as the improved economic outlook allowed it to cut its cushion for losses on pandemic-hit loans by $1.6 billion, and as it got a grip on costs relating to fixing its product mis-selling scandals.

It remained unclear, though, how much longer the bank expects to operate under a regulatory asset cap, which has curtailed loan and deposit growth needed to boost interest income and cover costs, while rival balance sheets have swelled.

The bank has had to grapple with that cap, imposed by the U.S. Federal Reserve in 2018, and several other remediation programs imposed by regulators for widespread sales misconduct that first came to light in 2016.

Chief Executive Charles Scharf cautioned that there was still "tremendous" work needed to lift the cap, but despite that constraint the bank had benefited as the COVID-19 vaccination rollout, ultra-loose monetary policy, and additional fiscal stimulus had boosted the broader economy.

"All in, a solid quarter reflecting the benefit of both the better macro backdrop and better execution," said Credit Suisse analysts in a note.

Controlling costs, which had been inflated by billions of dollars of regulatory and litigation penalties relating to the bank's sales scandal, is central to Scharf's turnaround plan. He said last year he is aiming to cut $10 billion from the bank's roughly $54 billion annual expense base over several years.

Wells Fargo said it spent 77 cents for each dollar of revenue it generated in the first quarter, a metric known as the expense ratio. While that was slightly up on the year-ago period, it was an improvement on the 83% of the last quarter of 2020.

Scharf declined to comment on projected costs through 2022, but analysts cheered the absence of outsized excess operating losses that had weighed on results in recent years.

"There are probably investors that are viewing today's results as Wells Fargo turning a corner. There is good reason to be optimistic," said Edward Moya, Senior Market Analyst at forex platform Oanda.

While first quarter profits were up dramatically on the $653 million the bank netted a year ago, that jump was flattered by a huge provision for potential soured loans the bank put aside last March anticipating unpaid debts as lockdowns put millions of Americans out of work.

On Wednesday, the bank's Chief Financial Officer Mike Santomassimo told reporters he expected to further reduce loss reserves if the economy continues to improve. Consumers are already are flush with cash from government stimulus and from loan payment forbearance programs, he noted.

Overall, though, analysts said it was good news that bank was now in a position to build capital, with its common equity tier 1 capital ratio increasing to 11.8% from 10.7% a year earlier. That could position the bank to increase share buybacks and dividends later this year after the Fed stress tests, wrote Raymond James analyst David Long.

"We see progress being made in improving the bank's operations," he added.