JPMorgan (JPM) Reports a Q1 Beat on Revenue and Profit Fueled by Release of $5.2 Billion Reserved for Bad Loans; Shares Slightly Down 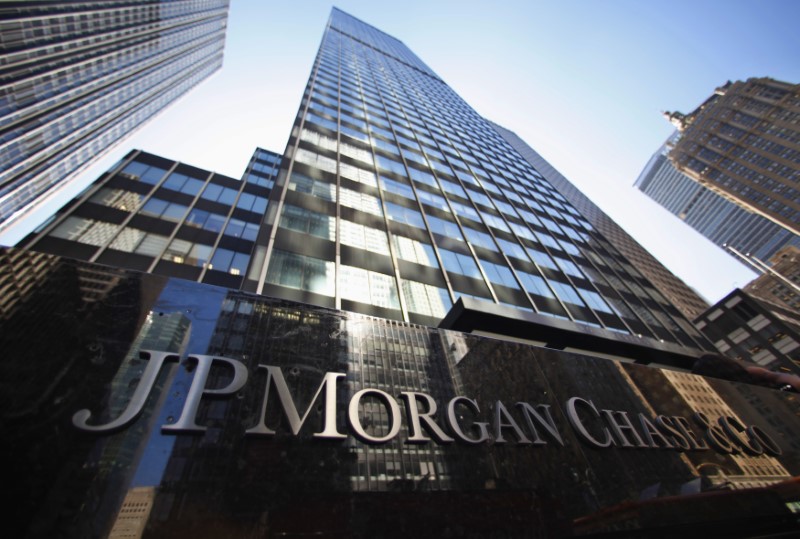 The banking titan reported a profit of $14.3 billion or $4.50 per share to easily top the $3.10 the Street was expecting. This includes $1.28 per share from the released reserves.

âWith all of the stimulus spending, potential infrastructure spending, continued Quantitative Easing, strong consumer and business balance sheets and euphoria around the potential end of the pandemic, we believe that the economy has the potential to have extremely robust, multi-year growth,â CEO Jaime Dimon added.

JP Morgan also reported much better revenue numbers compared to market expectations - $33.12 billion vs $30.52 expected. The outperformance was led by trading business, which topped market estimates by $1.8 billion. The company said it has credit reserves of $26 billion, which are âappropriate and prudent, all things considered.â

âIn Consumer & Community Banking, consumer spending in our businesses has returned to pre-pandemic levels, up 14% versus the first quarter of 2019. We are also seeing good momentum in T&E with spend up more than 50% in March versus February. Home Lending originations were very strong, up 40%, with almost 75% of consumer mortgage applications completed digitally, but we expect this to slow with the recent rise in interest rates. Loan demand remained challenged as Card outstandings remain lower despite spend recovering to pre-COVID levels,â Dimon stressed.

âDeposits were up 32% and investments were up 44%. In the Corporate & Investment Bank, we maintained our wallet share, Global IB fees were up 57% and Commercial Banking generated IB revenue over $1 billion. Corporate clients continued to access capital markets for liquidity and repay revolvers. In Asset & Wealth Management, continued strong investment performance, growth in new products and advisor hiring led to net inflows of $48 billion into long-term products. Also, AWM has seen strong and steady loan demand primarily to support business growth and mortgages.â

Despite a beat, shares of JP Morgan are down by 0.5% in pre-open Wednesday as markets have likely priced in the âgreatâ quarter for the banking titan.

âOverall, this was a great quarter for JPMorgan. It is now increasingly clear that the bank over-reserved, and that money is now flowing back into its earnings, concealing some of the weakness in consumer banking,â Octavio Marenzi, CEO of consultancy Opimas, told CNBC.