Disney (DIS) Shocks the Market with Early Release of Q4 Miss; Shares Down 3% 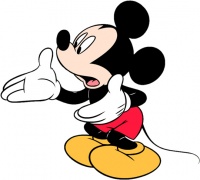 Walt Disney Co. (NYSE: DIS) shares are down more than 3 percent in late market movement on Thursday after the company's fourth-quarter earnings report hit the market unexpectedly before the close.

Revenue for the company fell 1 percent to $9.74 billion in the period, missing the analyst estimate of $9.97 billion.

Revenue for the company's media networks fell 7 percent to $4.4 billion, while revenue for Disney's Parks and Resorts dipped by a percent.

Interactive media for the company saw revenue rise 20 percent from to $188 million, while sales of consumer product rose 13 percent to $730 million.

"Our fourth quarter earnings grew solidly after factoring out a programming writeoff at one of our equity networks, the timing of ESPN revenue recognition and the effect of one fewer week of operations this year than last,â said Disney president and CEO Robert A. Iger. âWith the acquisition of Marvel, our brand and franchise portfolio is stronger than ever and weâre confident our global growth strategy positions the company well to thrive in the coming years.â