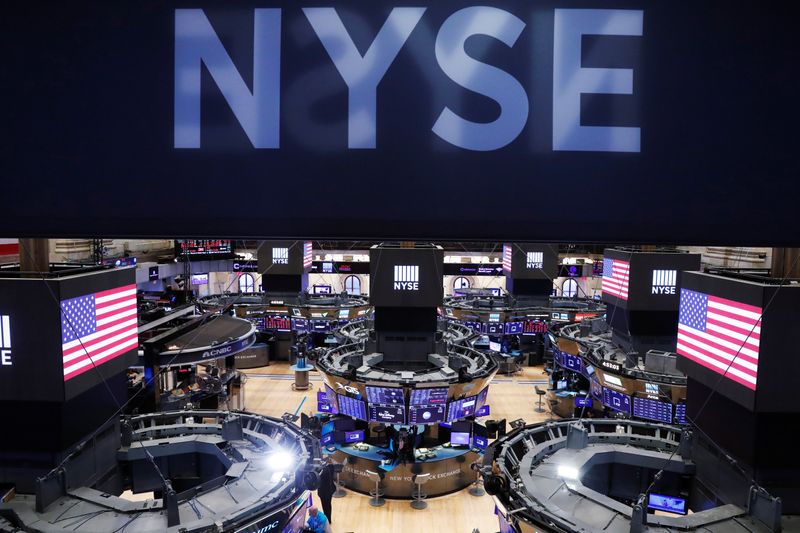 Big tech companies provided the biggest lift to the S&P 500 and the Nasdaq, and pushed all three major U.S. stock averages closer to their all-time highs reached in February.

All are well within 20% of their record levels, with the tech-heavy Nasdaq now within 10% of its high.

Smaller companies, which stand to benefit more from restrictions being lifted on a state-by-state basis, continue to outperform their larger counterparts, with the Russell 2000 <.RUT> registering its sixth straight advance.

Drugmaker Gilead Sciences Inc (NASDAQ: GILD) announced that its drug remdesivir is showing promise as an effective COVID-19 treatment, giving a boost to the broader market and sending its shares up 5.7%.

The U.S. economy suffered its sharpest decline in 11 years, with first-quarter GDP contracting at a 4.8% quarterly annualized rate according to the Commerce Department, marking the end of the longest U.S. economic expansion on record.

Many believe the worst is yet to come.

At the conclusion of its two-day monetary policy meeting, the Fed left key interest rates near zero and Chair Jerome Powell warned the economy will drop at an "unprecedented rate" in the current quarter.

But Powell also said the economy will pick up as restrictions are lifted and vowed the central bank would continue to support the recovery.

"(The Fed has) really put themselves in the forefront of trying to lead this recovery back," said Rick Meckler, partner at Cherry Lane Investments in New Vernon, New Jersey. "They have been aggressive and probably are a big reason for some of the strength the market has shown even in light of some really negative economic news."

Of the 11 major sectors in the S&P 500, all but utilities <.SPLRCU> and consumer staples <.SPLRCS> ended the session in the black, with energy companies <.SPNY> enjoying the largest percentage gain.

Earnings season has hit full-stride, with 192 of the companies in the S&P 500 having reported. Of those, 64.6% have beaten consensus estimates, according to Refinitiv data.

In aggregate, first-quarter S&P 500 earnings are seen dropping 15.1 percent from a year ago, a stark reversal from the 6.3% annual growth forecast on Jan. 1, per Refinitiv.

Boeing Co (NYSE: BA) shares surged 5.9% after the planemaker announced it would shrink its workforce and production to contend with plunging demand.

Ride share company Lyft Inc (NASDAQ: LYFT) plans to cut 17% of its workforce, according to a Reuters exclusive. Its shares were up 4.0%.

Advancing issues outnumbered declining ones on the NYSE by a 6.73-to-1 ratio; on Nasdaq, a 4.29-to-1 ratio favored advancers.

Volume on U.S. exchanges was 12.71 billion shares, compared with the 12.28 billion average over the last 20 trading days.