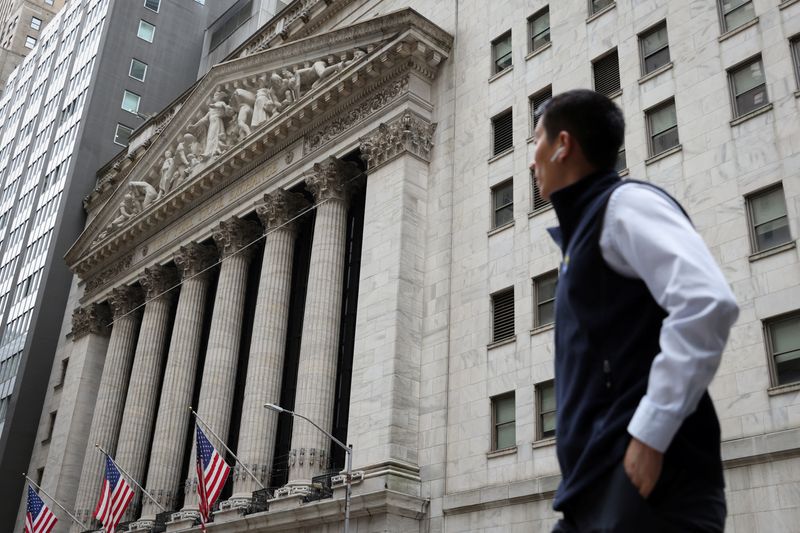 The minutes from the Federal Open Market Committee's May meeting, which culminated in a 50-basis-point hike in the Fed funds target rate - the biggest jump in 22 years - showed most of the committee's members judged that further such rate hikes would "likely be appropriate" at its upcoming June and July meetings.

"The uniformity of opinion is a good thing," said Ross Mayfield, investment strategy analyst at Baird in Louisville, Kentucky. "There's a lack of uncertainty of what needs to be done in the near-term."

"By the time (the Fed) gets to September, they will have plenty of economic data to make their move from there, so they continue to maintain optionality," Mayfield added.

All three major U.S. stock indexes gyrated earlier in the day amid increasing jitters stemming from business and consumer surveys, economic data and corporate earnings reports suggesting a cooling American economy - even as the Fed prepares to toss a bucket of cold water on it to tackle decades-high inflation.

Fears that overly aggressive interest rate hikes by the Fed could tip the economy into recession despite evidence that inflation peaked in March has fueled those concerns.

"Thereâs some credence to the idea that inflation is doing (the Fedâs) job for them," Mayfield said. "Thereâs already a cooling occurring, and financial conditions have tightened over the last month because of dollar strength and equity market weakness."

On Thursday, the Commerce Department is due to release its second take on first-quarter GDP, which analysts expect to slow a slightly shallower contraction than the 1.4% quarterly annualized drop originally reported.

The Personal Consumption Expenditures (PCE) report will follow on Friday, which will provide further clues regarding consumer spending and whether inflation peaked in March, as other indicators have suggested.

Nine of the 11 major sectors in the S&P 500 rose, with consumer discretionary stocks leading the pack with a gain of 2.8%.

Amazon.com Inc and Tesla Inc provided the strongest lift to the S&P 500 and the Nasdaq, rising 2.6% and 4.9%, respectively.

Fast-food chain Wendy's Co jumped 9.8% after a regulatory filing revealed that shareholder Nelson Peltz was considering a potential takeover bid for the company.

Advancing issues outnumbered declining ones on the NYSE by a 3.56-to-1 ratio; on Nasdaq, a 2.22-to-1 ratio favored advancers.

Volume on U.S. exchanges was 11.19 billion shares, compared with the 13.27 billion-share average for the full session over the last 20 trading days.