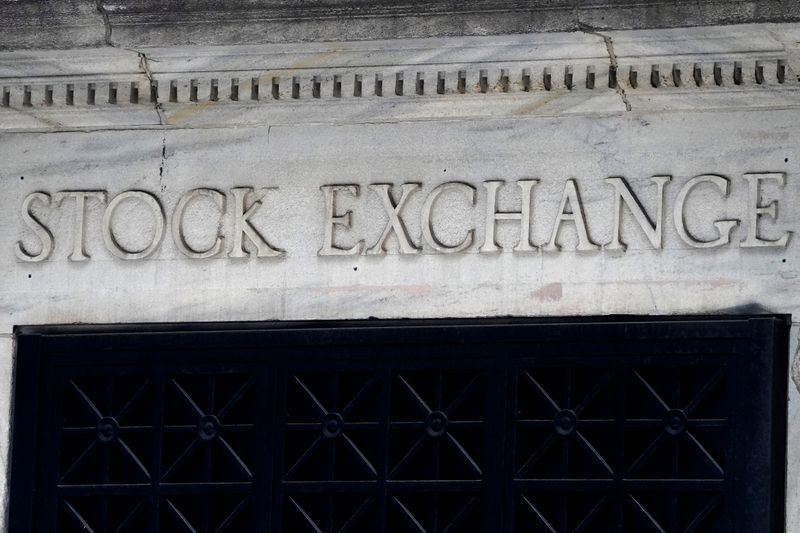 The electric-car maker slid 3.4% after a Tesla vehicle believed to be operating without anyone in the driver's seat crashed into a tree on Saturday north of Houston, killing two occupants.

The stock was the biggest drag on the S&P 500 and Nasdaq Composite Index. An 8.4% drop over the weekend in bitcoin, in which Tesla has an investment, also weighed on its share price.

The S&P 500 was mostly lower, with Microsoft Corp, Amazon.com Inc and Nvidia Corp also weighing on the benchmark index as analysts await results this week and next that form the bulk of earnings season.

Corporate outlooks should indicate to what degree the rally from last year's lows can continue. Analysts expect first-quarter earnings to have grown 30.9% from a year ago, according to Refinitiv IBES data.

Nvidia fell 3.5% after the UK government said it would look into the national security implications of Nvidia's purchase of British chip designer ARM Holdings, raising a question mark over the $40 billion deal.

Coca-Cola Co rose 0.6% after the beverage maker trounced estimates for quarterly profit and revenue, benefiting from the easing of pandemic curbs and wide vaccine rollouts.

International Business Machines Corp, another blue-chip company, slipped 0.4% ahead of its results due after the market close.

"The market has had a huge jump to the upside so it needs to take a little bit of rest," said Peter Cardillo, chief market economist at Spartan Capital Securities in New York.

"For now it's just a little bit of profit taking as traders await results from big tech names on Wall Street."

A recent retreat in benchmark 10-year Treasury yields from 14-month highs has helped high-flying technology stocks to rebound, while strong economic data has lifted the S&P 500 and the Dow to record levels.

The S&P 500 has gained the past four weeks, its longest winning streak since August 2020.

GameStop Corp jumped 6.3% on the announcement of its chief executive's resignation.

Crypto stocks including miners Riot Blockchain and Marathon Digital each fell more than 8% as bitcoin took a hammering over the weekend. Bitcoin closed down 0.7%.