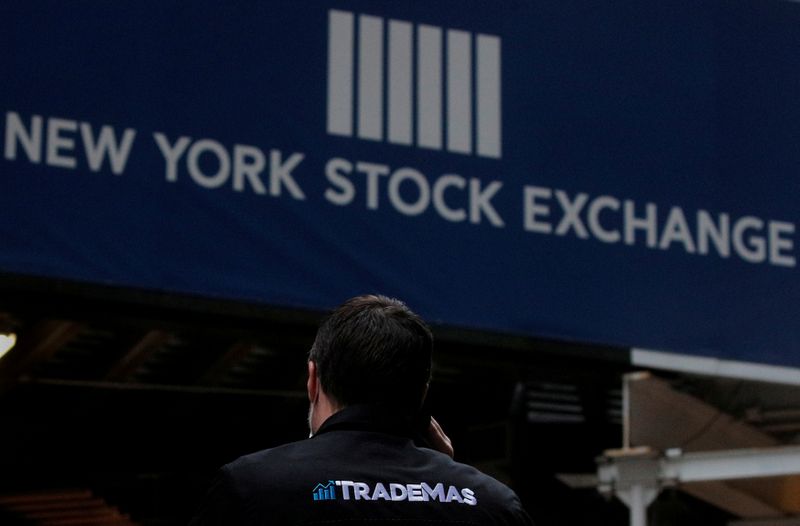 (Reuters) -The S&P 500 registered its biggest daily percentage gain since Nov. 24 on Monday after a steep sell-off last week, and technology-related shares led the advance, while a move by retail traders into silver drove up mining shares.

The iShares Silver Trust ETF - the largest silver-backed ETF - jumped 7.1%. Silver prices climbed to an eight-year peak of just over $30 an ounce before paring gains.

Last week, retail traders drove big gains in companies such as GameStop Corp. GameStop was down 30.8% on Monday.

The frenzy may have changed course but is likely to stick around for a while, said Quincy Krosby, chief market strategist at Prudential Financial in Newark, New Jersey.

"The fact of the matter is this is a powerful move in the markets, and it's not just going to dissipate," she said.

The S&P 500 technology and consumer discretionary sectors, up more than 2% each, gave the S&P 500 its biggest boosts in the broad market rally.

Amazon.com, due to report results Tuesday, was among the biggest positive influences, along with Microsoft and Apple. Apple has filed for a six-part notes offering, according to an SEC filing.

Results are also expected this week from Alphabet.

U.S. President Joe Biden was to meet with 10 moderate Republican senators to discuss their proposal to shrink his sweeping $1.9 trillion U.S. COVID-19 relief package, even as Democrats prepare to push legislation through Congress without Republican support.

Robinhood, the U.S. online broker that has emerged as a gateway for amateur traders challenging Wall Street hedge funds, has held talks with banks about raising $1 billion in debt so it can continue to fulfill orders for heavily shorted stocks, according to a Reuters report, citing people familiar with the matter.

On the economic front, the latest ISM survey was mixed as U.S. manufacturing activity slowed slightly in January, while a measure of prices paid by factories for raw materials and other inputs jumped to its highest level in nearly 10 years.

Advancing issues outnumbered declining ones on the NYSE by a 3.67-to-1 ratio; on Nasdaq, a 3.44-to-1 ratio favored advancers.

Volume on U.S. exchanges was 15.92 billion shares, compared with the 15.6 billion average for the full session over the last 20 trading days.