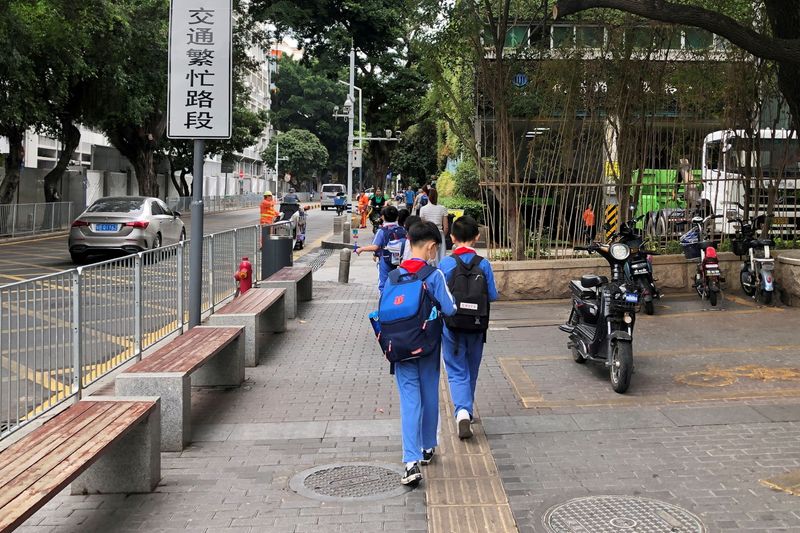 SHANGHAI (Reuters) - China's recent policy tightening against the tutoring industry and Internet platforms is good for long-term development of the country, and China remains committed to opening up its capital markets, the official Xinhua News Agency said late on Wednesday.

The Xinhua commentary followed a brutal sell-off in shares of Chinese companies this week.

Global investors were spooked by Chinese rules published over the weekend that ban for-profit tutoring in core school subjects. Beijing has also launched an anti-monopoly campaign against tech giants.

These policies are not designed to crack down on related sectors, Xinhua said. Rather, they are key measures aimed at promoting healthy industry development, ensuring data security and safeguarding people's livelihoods, said the commentary.

Investors are also concerned over China's commitment to opening up, after the government tightened scrutiny on overseas listings by Chinese companies, and launched a national security probe into DiDi Global Inc days after its U.S. listing.

Xinhua brushed aside such concerns, saying China's pace of opening its capital markets has quickened, not slowed, and that the country's securities regulators are open-minded toward Chinese companies' choice of listing venues.

Although China's capital markets are underpinned by the country's healthy economy, reforms are urgently needed in the face of harsh domestic and external environments, Xinhua said.