Is Tomorrow D-Day for Apple (AAPL)? 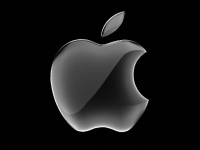 The next catalyst for Apple (NASDAQ: AAPL) will be a dividend or share repurchase announcement. As the stock has slumped from its September 2012 highs, large investors, including Greenlight's David Einhorn, and analysts have been clamoring for the company to do something with its $137 billion cash hoard. The company admitted it was a pressing issue and in February announced that its management team and Board of Directors "have been in active discussions about returning additional cash to shareholders." While widely expected, the date of such an announcement and course of action remain in question.

Some believe that tomorrow, March 19, 2013, could be the big day. And with good reason.

Importantly, last year's dividend and buyback news was announced after the annual meeting and before the Q212 EPS. Could Apple be planning the same thing this year?

On what the announcement could look like, today Bloomberg noted that the consensus is for the company to boost its quarterly payout by about 56 percent to $4.14 per share. The company also has many other options.

David Einhorn, who is pushing for his iPrefs idea, recently laid out the different scenarios:

One-time dividend - This could unlock up to $89 per share in value, Einhorn calculated.

iPrefs - could unlock $150 per share or more in shareholder value, according to Einhorn.

While tomorrow may not be the day for the news, the announcement will likely come between tomorrow and the Q213 EPS report, which is expected on or around April 22nd.