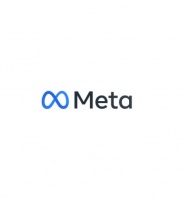 Meta Platforms (NASDAQ: FB) is in talks to sell its cryptocurrency venture The Diem Association, according to the Wall Street Journal. The company reportedly plans to sell its assets and technology, a move that likely marks the end of Facebookâs effort to launch its own cryptocurrency.

The bank already had a deal in place with Diem earlier, which included issuing multiple stablecoins that are supported by hard dollars, making them less volatile compared to Bitcoin (BTC) and other cryptocurrencies.

The move comes as Meta Platforms attempts to squeeze some value from its efforts to launch crypto. The project, initially known as Libra, was launched in 2019 and was a part of Metaâs plan to allow its users to make crypto purchases instantly within the platform.

However, the project faced almost immediate resistance from U.S. regulators, who were concerned about Libraâs impact on financial stability and data privacy, as well as its potential use in money laundering and terrorist funding.

Officials voiced concerns about its effect on financial stability and data privacy and worried Libra could be misused by money launderers and terrorist financiers.

Upon announcing the project, Libra partnered up with several financial services giants such as Visa, PayPal, and Stripe. However, most of the early backers abandoned the project once Washington voiced its concerns and called Mark Zuckerberg before Congress to defend the companyâs plans.