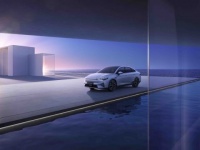 Xpeng (NYSE: XPEV), one of the emerging electric vehicle (EV) startup companies, has launched its new sedan, called âP5,â as it looks to take on Tesla (NASDAQ: TSLA) in the biggest car market in the world.

A sedan, which is designed to provide a better competition for Model 3, is equipped with new self-driving features. The car is the third model launched by XPEV and second sedan after P7.

âAt this price range with the features we put in the car, I think it will be quite compelling for our customers,â Xinzhou Wu, vice president in charge of autonomous driving at Xpeng, told CNBC.

P5 is expected to roll out in China in the second half of the year. Besides China, XPEV also aims to expand into Europe, with Scandinavia seen as the key market.

A new model is equipped with Light Detection and Ranging technology, known as Lidar, which sends out lasers that bounce back and can measure distance. The company previously launched XPILOT AI system to compete with Teslaâs own ADAS system called Autopilot, with the latest version of this software also launched today.

âIn P7 we launched NGP â¦ only on highways. But highway driving only occupies like 10% of peoplesâ driving time. Being able to bring the technology and the capability to cities is very important to make the feature more usable and more compelling to Chinese customers,â Wu said.

He believes the companyâs focus on the latest Ai technology can provide it with an edge over the rest of the competition.

âWe are definitely a step, a few steps ahead, you know as compared to most of our competitors. So we are pretty confident that we can win this race even with more newcomers into this space.â

âWe believe that with this kind of focus on the Chinese market, Chinese customers, Chinese road conditions and also the different technologies we bring together to make the tech better fitted to China market, I think we do have an edge as compared to Tesla in the China market,â he concluded.