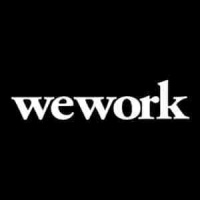 WeWork, the leading flexible space provider, and BowX Acquisition Corp. (NASDAQ: BOWX, BOWXU and BOWXW), a special purpose acquisition company, announced today that they have entered into a definitive merger agreement, providing for a business combination that will result in WeWork becoming a publicly listed company. The transaction values WeWork at an initial enterprise value of approximately $9 billion. The transaction will provide WeWork with approximately $1.3 billion of cash which will enable the company to fund its growth plans into the future.

Sandeep Mathrani, CEO of WeWork, said, âWeWork has spent the past year transforming the business and refocusing its core, while simultaneously managing and innovating through a historic downturn. As a result, WeWork has emerged as the global leader in flexible space with a value proposition that is stronger than ever. Having Vivek and the BowX team will be invaluable to WeWork as we continue to define the future of work.â

Vivek RanadivÃ©, Chairman and Co-CEO of BowX Acquisition Corp., said, âIâm thrilled to partner with Sandeep, Marcelo and the entire WeWork team as they continue to transform this business and the real estate industry at large. This company is primed to achieve profitability in the short-term, but the added long-term opportunity for growth and innovation is what made WeWork a perfect fit for BowX. With a fantastic core business, I see WeWork as a company at an inflection point, with an incredible roster of key members coupled with the vision and leadership to digitize an enormous industry.â

Marcelo Claure, Executive Chairman of WeWork, said, âSoftBank has always seen the potential in WeWorkâs core business to disrupt the commercial real estate industry and reimagine the workplace. Today, we take another step towards making that vision a reality. The pandemic has fundamentally changed the way we work, and WeWork is incredibly well positioned to springboard into a future propelled by digital technology and a new appreciation of the value of flexible workspace. We look forward to having BowX as our partner as we look to the next chapter.â

Barry Sternlicht, Chairman and CEO of Starwood Capital Group said, âThe commercial real estate industry has experienced a seismic shift and the future of work is now being redefined in real time. WeWork is the leader in flexible space, with a globally recognized brand.â

Deven Parekh, Managing Director at Insight Partners, said, âWith COVID accelerating the adoption of flexible workspace around the globe, WeWork is uniquely positioned to meet rising demand in a dynamic market. As leaders in growth investing across technology and software, we are excited to bring our decades of experience to further accelerate WeWorkâs expanding digital platform.â

Marcelo Claure and Sandeep Mathrani will continue to lead WeWork as Executive Chairman and Chief Executive Officer, respectively, along with the rest of the companyâs highly experienced leadership team. Following the closing, Vivek RanadivÃ© of BowX and Deven Parekh of Insight Partners will join the companyâs Board of Directors.

Since 2019, WeWork has made significant progress towards transforming its business through a strategic plan that included robust expense management efforts, exits of non-core businesses, and material portfolio optimization, which contributed to a dramatically improved cost structure.

Over the course of 2020, WeWork improved its free cash flow by $1.6 billion through cost cutting measures including reducing SG&A expenses by $1.1 billion and trimming building operating expenses by $400 million. The company also exited all of its non-core ventures and streamlined headcount by 67% from its peak in September 2019. Today, WeWork is a more focused company built around a core flexible space business that is poised for substantial growth.

As of December 2020, the company successfully exited 106 pre-open or underperforming locations and executed over 100 lease amendments for rent reductions, deferrals, or tenant improvement allowances resulting in an estimated $4.0 billion reduction in future lease payments. After its strategic asset exits, WeWork retains an unmatched scale and value proposition worldwide thanks to its 851 locations in 152 cities, totaling more than one million workstations. Enterprise companies now make up more than 50% of WeWorkâs memberships, up from just 10% in 2015. Only 10% of WeWorkâs members have month-to-month commitments, while more than 50% have commitments longer than 12 months, contributing to an average full commitment term of well over 15 months.

As witnessed through the COVID-19 pandemic, WeWorkâs strong business model has demonstrated resilience in an unprecedented downturn. 2020 revenue, excluding China, was $3.2 billion, which is flat compared to 2019, even after exiting non-core businesses and despite significant headwinds from COVID-19.

Amidst its transformation, WeWork has continued to redefine the flexible workplace market by digitizing its global physical network. As traditional landlords look to embrace the flexible model that WeWork pioneered and the market demands, the company will be well positioned to offer landlords an asset light technology platform for managing and orchestrating flexible space.

Going forward, WeWork intends to expand beyond its core business through its On Demand, All Access, and Platform offerings, enabling users to choose from their WeWork mobile app when, where, and how they work. Demand from landlords and members remains strong, and today WeWork has a $4.0 billion total sales pipeline and an estimated $1.5 billion in committed 2021 revenue.

Summary of the Transaction

The transaction will be funded with BowXâs $483 million of cash in trust (assuming no redemptions from the trust account by public investors of BowX) in addition to a fully committed $800 million private placement investment at $10.00 per share led by leading investors including Insight Partners, funds managed by Starwood Capital Group, Fidelity Management & Research Company LLC, Centaurus Capital, and funds and accounts managed by BlackRock.

Upon closing, it is expected that the company will have approximately $1.9 billion of cash on the balance sheet and total liquidity of $2.4 billion (assuming no redemptions from the trust account by public investors of BowX), including a $550 million senior secured notes facility to be provided by SoftBank Group.

The transaction, which has been unanimously approved by the Boards of Directors of WeWork and BowX, is expected to close by the third quarter of 2021, subject to receipt of BowX stockholder approval, and the satisfaction of other customary closing conditions.

The post-transaction nine-member board will be majority independent, with the initial board comprised of Mr. Mathrani and individuals designated by a variety of new and existing investors to ensure WeWork remains disciplined and aligned with shareholder interests. After the transaction closes, representatives of SoftBank Group and SoftBank Vision Fund, independent or acting together, will comprise a minority number of the nine board seats.

Additional information about the proposed transaction, including a copy of the investor presentation, will be provided in a Current Report on Form 8-K to be filed by BowX today with the Securities and Exchange Commission (âSECâ) and available at www.sec.gov.