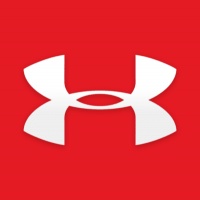 Under Armour, Inc. (NYSE: UA, UAA) today announced that effective October 24, David Baxter and Mehri Shadman will join its executive leadership team. Baxter is set to assume a regional leadership role as President of the Americas, succeeding Stephanie Pugliese, who will be stepping down from her role and leaving the company. Pugliese will remain until early 2023 to support Baxter's transition. Shadman has been appointed Chief Legal Officer and Corporate Secretary as John Stanton, UA's current chief legal officer, has decided to retire at the end of 2022 after 16 years of service.

"We're very excited to recognize the talent that David and Mehri bring to our business," said Colin Browne, Under Armour Interim President and CEO. "With deep market knowledge and outstanding expertise – we look forward to their proven leadership qualities helping to architect our next growth chapter."

Browne continued, "As one of our longest serving executives, we want to congratulate John on his retirement and thank him for his many contributions to UA, including building our legal function from a small team following our initial public offering to a world-class global function. We also thank Stephanie for her contributions to Under Armour over the last three years, particularly her leadership of our largest region during a highly uncertain retail environment."

Before joining Under Armour in 2020 as Senior Vice President, Americas Wholesale, David Baxter served as President and CEO of LIDS Sports Group from 2016 to 2019. Prior to that, he was Vice President of adidas's America's Sport Performance division from 2010 to 2014, where he directed the North American product and marketing strategies. Before that, Baxter oversaw adidas and Reebok's sports licensed businesses with the major U.S. professional sports leagues. For nine years prior to that role, Baxter held various leadership roles at Reebok, including time spent in their on-field and sports-licensed divisions.

Mehri Shadman brings over 15 years of experience providing legal counsel in-house and in private practice. Currently the Deputy General Counsel, Corporate and Risk, and Assistant Corporate Secretary, she has spent nine years at Under Armour providing counsel to its board of directors and executives on complex and high-profile corporate matters. She currently oversees the corporate, global ethics and compliance, data privacy, and enterprise risk management functions. In her new role, she will oversee the company's global legal function and serve as corporate secretary. Before Under Armour, Shadman began her career as an associate at Fried, Frank, Harris, Shriver & Jacobson LLP, a renowned global law firm, in its capital markets practice.