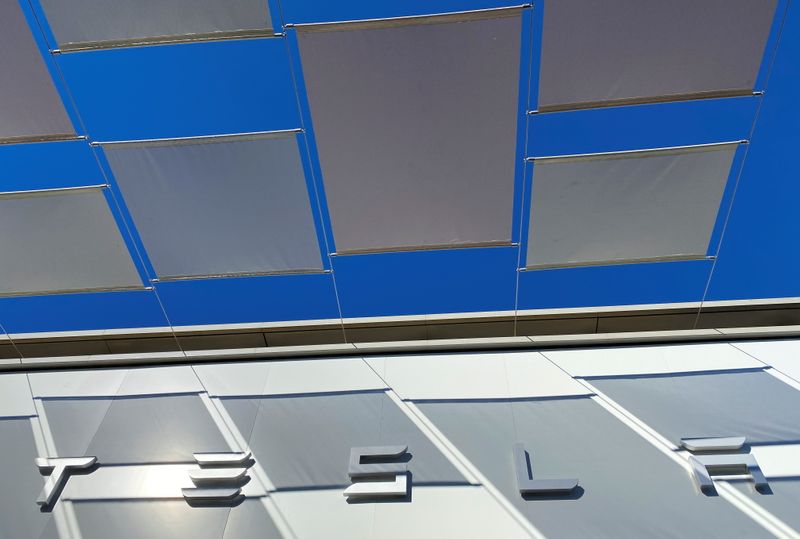 (Reuters) - Tesla Inc's vehicle registrations in the U.S. state of California jumped nearly 63% during the fourth quarter compared with last year, largely due to the success of the company's Model Y, according to data from Cross-Sell https://info.cross-sell.com/tesla-special-report-0, a research firm that collates title and registration data.

The automaker reported better-than-expected 2020 vehicle deliveries earlier this month, driven by a steady rise in electric vehicle adoption, even though it narrowly missed its ambitious full-year goal of half a million deliveries during a punishing year for the global auto industry.

The report released on Wednesday showed registrations in California, a bellwether for the electric carmaker and its largest U.S. market, recovered from a third-quarter low of about 16,200 vehicles to around 22,117 vehicles in the three months ended December.

Total fourth-quarter vehicle registrations in the 23 states, where data was collected, stood at 44,749, with Model Y accounting for nearly half the registrations.

Registration figures might not accurately reflect the number of vehicle deliveries during the quarter as registrations in the United States typically take about 30 days from the time of sale.

Tesla, whose shares surged over 700% in 2020, is expected to report fourth-quarter results after market close on Jan. 27.

(Reporting by Akanksha Rana and Ayanti Bera in Bengaluru and Tina Bellon in New York; Editing by Vinay Dwivedi)