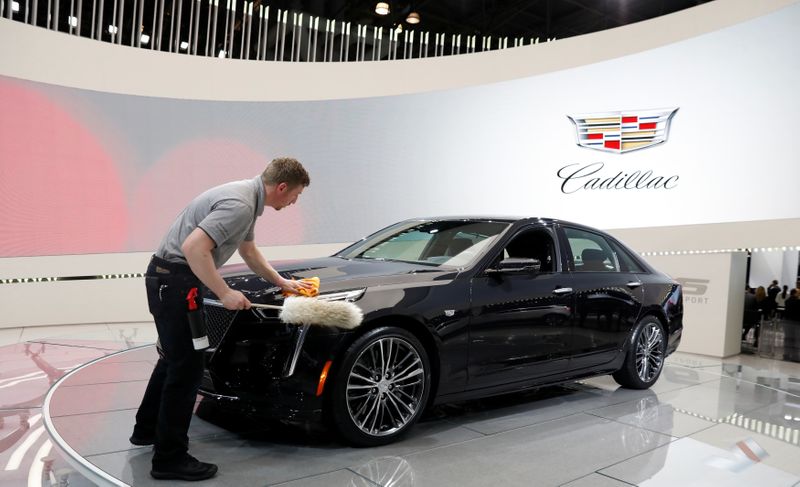 A Tesla Model Y fitted with Autopilot finished "a distant second," the group said, to a Cadillac CT6 equipped with Super Cruise, which GM is rolling out to more than 20 vehicles - including its new Hummer electric pickup truck - over the next three years.

Safety and insurance researchers have frequently warned of the risks of consumers overestimating ADAS systems' abilities, a misconception increased by some automakers calling their products Autopilot, ProPilot or Co-Pilot.

In 2018, the Cadillac CT6 with Super Cruise scored higher than a Tesla Model 3 with Autopilot, in a Consumer Reports test of just four vehicles equipped with ADAS.

In the latest test, conducted this summer on a track and on public roads, the Cadillac scored 69 points out of a possible 100, while the Tesla scored 57. A Lincoln Corsair equipped with Ford Motor Co's (NYSE: F) Co-Pilot 360 system, finished third with 52.

The critical difference in the Super Cruise system is a driver-facing infrared camera to make sure he or she is paying attention to the road and is ready to take over manual control when necessary, said Kelly Funkhouser, head of connected and automated vehicle testing at Consumer Reports.

The group noted that Autopilot can shut off abruptly in some situations, while Super Cruise did a better job of notifying the driver when the system is disengaging.

In recent European safety testing, a Tesla Model 3 with Autopilot placed sixth out of 10 systems, getting high marks for performance and ability to respond to emergencies, but falling short on its ability to maintain a driverâs focus on the road.