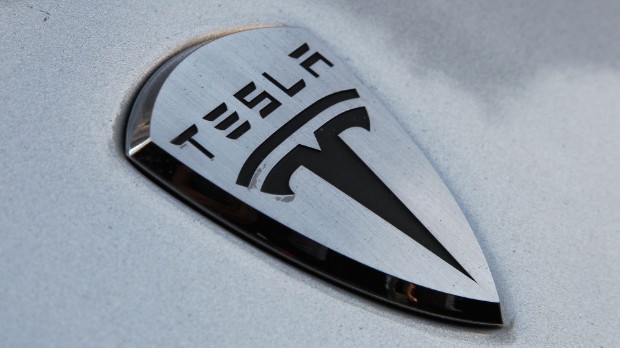 Tesla (NASDAQ: TSLA) today announced a new 10-year CEO performance award for Elon Musk with vesting entirely contingent on achieving market cap and operational milestones that would make Tesla one of the most valuable companies in the world. In order to fully vest, Teslaâs market cap would have to grow to $650 billion (an increase of almost $600 billion), and important revenue and profitability goals would also have to be achieved. The award is modeled after Elonâs 2012 performance award, which helped bring about a more than 17-fold increase in Teslaâs market cap in the five years after it was put in place.

Elon will receive no guaranteed compensation of any kind â no salary, no cash bonuses, and no equity that vests simply by the passage of time. Instead, Elonâs only compensation will be a 100% at-risk performance award, which ensures that he will be compensated only if Tesla and all of its shareholders do extraordinarily well. Because all Tesla employees are provided equity, this also means that Elonâs compensation is tied to the success of everyone at Tesla.

The performance award consists of a 10-year grant of stock options that vests in 12 tranches. Each of the 12 tranches vests only if a pair of milestones are both met.

Leading Tesla Through Its Next Phase of Growth

For vesting to occur when the milestones are met, Elon must remain as Teslaâs CEO or serve as both Executive Chairman and Chief Product Officer, in each case with all leadership ultimately reporting to him. This ensures that Elon will continue to lead Teslaâs management over the long-term while also providing the flexibility to bring in another CEO who would report to Elon at some point in the future. Although there is no current intention for this to happen, it provides the flexibility as Tesla continues to grow to potentially allow Elon to focus more of his attention on the kinds of key product and strategic matters that most impact Teslaâs long-term growth and profitability.

This new performance award is similar to the structure of Elonâs last compensation award, which was put in place in 2012. Under that plan, Elon was awarded stock options that vested only if the companyâs market cap continued to increase in $4 billion increments and if it achieved matching operational milestones, including vehicle production targets and developmental milestones relating to the Model X and Model 3 programs. While these milestones were viewed at the time as very difficult to achieve, all of the market cap milestones and 9 of the 10 operational milestones have been achieved. The 2012 plan formed the biggest part of the executive compensation program that Tesla shareholders overwhelmingly supported in the companyâs 2014 and 2017 Say on Pay votes. That plan was instrumental in helping Tesla complete the roadmap laid out in its original Master Plan, and in ensuring that Elon only received compensation based on the enormous success of the company, its employees, and all its other shareholders.

As with the 2012 plan and Teslaâs original Master Plan, the new performance award has been designed so that Tesla and Elon remain tightly aligned with shareholder interests as they now execute on Master Plan, Part Deux â continuing to build what is the worldâs first vertically-integrated sustainable energy company, from generation to storage to consumption. Under Elonâs leadership, the next phase of Teslaâs development involves a number of exciting plans that will further accelerate the advent of sustainable energy. These include expanding solar energy generation through Solar Roof and other solar products and seamlessly integrating them with battery storage, building out the companyâs vehicle product line to cover all major forms of terrestrial transport, continuing to advance autonomous technology to create a fully-self driving future, and enabling sharing so that your car can make money for you when you arenât using it.

The new performance award was created by Teslaâs Board of Directors (with Elon and Kimbal Musk having recused themselves) after more than six months of careful discussion and analysis and in consultation with Compensia, Inc., a third-party compensation consultant. Although the Board granted this award to Elon on January 21, 2018, its effectiveness is subject to the approval of Teslaâs shareholders, who will be asked to approve it at a special shareholder meeting that will be held in late March. Elon and Kimbal Musk will recuse themselves from that vote so that Teslaâs other shareholders have the opportunity to determine the outcome.

Anyone who is a shareholder of record or beneficial owner of Tesla shares as of the record date (currently projected to be February 7, 2018) will be entitled to vote their shares at the special meeting and the award will only become effective if a majority of the votes cast are in favor of the proposal. Tesla has posted on its website a preliminary proxy statement (bit.ly/CEOPerformanceAward) providing complete details of the award along with additional materials for Tesla shareholders, and Tesla will be filing that with the SEC today.