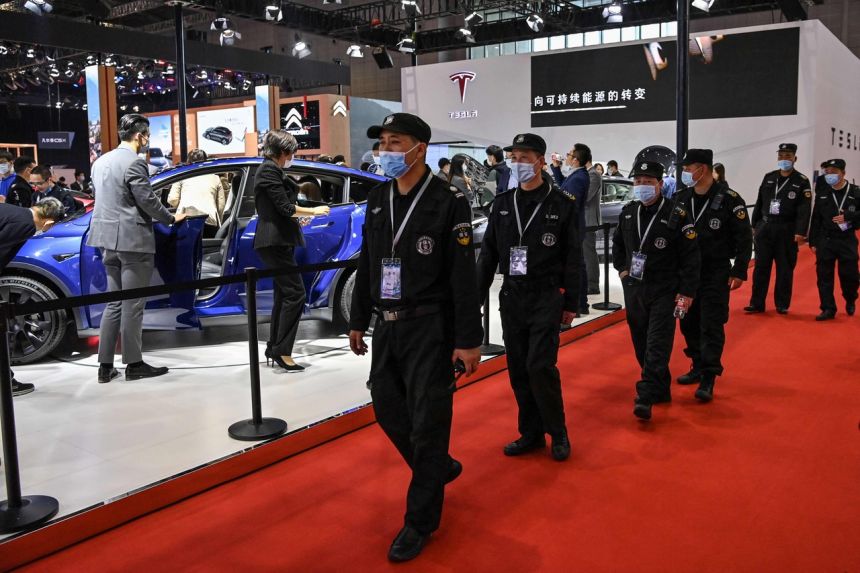 Shares of Tesla (NASDAQ: TSLA) are set to open lower Tuesday after the company has come under renewed pressure in China.

Officials sitting in the Commission for Political and Legal Affairs of the Communist Party of China Central Committee urged the EV company to respect Chinese consumers and comply with local laws and regulations.

Their reaction came after the state-owned Xinhua news agency said that consumers' concerns over the quality of Tesla cars are mounting. The company must improve to meet market expectations in order to win consumersâ trust, the article said.

In particular, TSLA should address a series of issues, including malfunctioning brakes. The Commission said that Teslaâs hasnât improved so far and it should make an effort to find a cause to the reported problems and subsequently improve features.

These comments are likely connected to an incident that took place on Monday at the Shanghai Auto Show, when a protestor climbed on top of one of the vehicles shouting that the brakes on the Tesla car she owns had lost control.

The video was live-streamed and it went viral on local social media platforms.

Tesla said in a statement that this woman âis widely known for having repeatedly protested against Teslaâs brake issue.â While the company is working to resolve the issue, it will ânever compromise against unreasonable demands,â it said.

Tesla stock price is down 0.8% in early trading Tuesday.