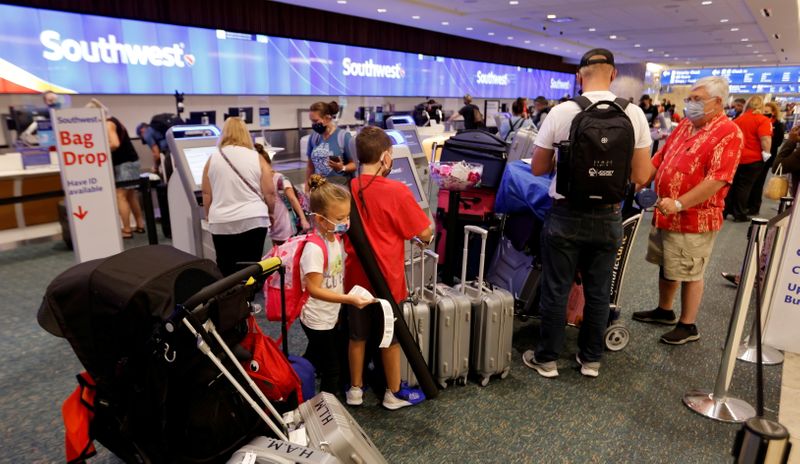 (Reuters) -Southwest Airlines said on Wednesday it had resumed normal operations after mass cancellations since Saturday due to unfavorable weather and air traffic issues in Florida.

However, many users faced problems with Southwest Airlines' website on Wednesday, according to user reports on web monitoring group Downdetector. As of 12:42 p.m. ET, 23 problem reports had been submitted.

The company, in response, said it was unaware of any outages affecting Southwest.

The U.S. airline canceled more than 2,200 flights since Saturday, with about 90 cancellations on Tuesday out of almost 3,300 flights scheduled.

Southwest Chief Operating Officer Mike Van de Ven had said in a message to employees late on Sunday that the sudden flight cancellations had caused staff shortages and may lead to a reduction in the number of flights the company can operate in November and December.

(Reporting by Sanjana Shivdas in Bengaluru; Editing by Shailesh Kuber and Maju Samuel)