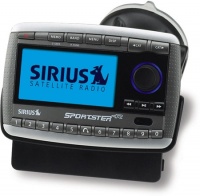 Revenue rose 7 percent from the $736 million in the fourth quarter of 2010 to $784 million, but was slightly below the Streetâs consensus of $785.53. The company had a total of 542,966 net subscriber additions, representing a 65 percent increase year over year.

Sirius ended the quarter will $783 million in cash and cash equivalents.

"We are proud to announce that SiriusXM delivered another record-setting year in 2011, meeting or exceeding all of our guidance. Our strong content and subscriber focus helped set a post-merger record of 1.7 million net subscriber additions, and we achieved record levels of revenue, adjusted EBITDA and free cash flow. We expanded our adjusted EBITDA margins to 24% by tightly controlling costs and growing our revenue. Our improved profitability, coupled with lower capital expenditures, contributed to a substantial increase in our free cash flow," noted Mel Karmazin, Chief Executive Officer, SiriusXM.

"In 2012, we expect to accelerate our revenue and adjusted EBITDA growth, and we project our free cash flow will jump by approximately 70% to $700 million. Our subscriber base will once again end this year at another all-time record high," said Karmazin. "We continue to invest in improving the subscriber experience, all with the goal of keeping our subscribers engaged and entertained. All of us here at SiriusXM look forward to another fantastic year of subscriber growth and improved financial performance."

The company now expects adjusted EBITDA in 2012 of approximately $875 million, an increase from prior guidance of $860 million. Sirius continues to forecast revenues will total around $3.3 billion for fiscal 2012 and free cash flows will be roughly $700 million.