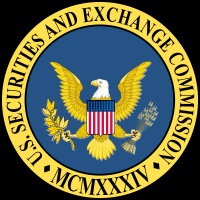 The SEC alleges that the national operator of for-profit colleges and the two executives fraudulently concealed from ITTâs investors the poor performance and looming financial impact of two student loan programs that ITT financially guaranteed. ITT formed both of these student loan programs, known as the âPEAKSâ and âCUSOâ programs, to provide off-balance sheet loans for ITTâs students following the collapse of the private student loan market. To induce others to finance these risky loans, ITT provided a guarantee that limited any risk of loss from the student loan pools.

According to the SECâs complaint filed in the U.S. District Court for the Southern District of Indiana, the underlying loan pools had performed so abysmally by 2012 that ITTâs guarantee obligations were triggered and began to balloon. Rather than disclosing to its investors that it projected paying hundreds of millions of dollars on its guarantees, ITT and its management took a variety of actions to create the appearance that ITTâs exposure to these programs was much more limited. Over the course of 2014 as ITT began to disclose the consequences of its practices and the magnitude of payments that ITT would need to make on the guarantees, ITTâs stock price declined dramatically, falling by approximately two-thirds.

âOur complaint alleges that ITTâs senior-most executives made numerous material misstatements and omissions in its disclosures to cover up the subpar performance of student loans programs that ITT created and guaranteed,â said Andrew J. Ceresney, Director of the SECâs Division of Enforcement. âModany and Fitzpatrick should have been responsible stewards for investors but instead, according to our complaint, they engineered a campaign of deception and half-truths that left ITTâs auditors and investors in the dark concerning the companyâs mushrooming obligations.â

The SECâs complaint alleges that ITT, Modany, and Fitzpatrick engaged in a fraudulent scheme and made a number of false and misleading statements to hide the magnitude of ITTâs guarantee obligations for the PEAKS and CUSO programs. For example, ITT regularly made payments on delinquent student borrower accounts to temporarily keep PEAKS loans from defaulting and triggering tens of millions of dollars of guarantee payments, without disclosing this practice. ITT also netted its anticipated guarantee payments against recoveries it projected for many years later, without disclosing this approach or its near-term cash impact. ITT further failed to consolidate the PEAKS program in ITTâs financial statements despite ITTâs control over the economic performance of the program. ITT and the executives also misled and withheld significant information from ITTâs auditor.

The SECâs investigation has been conducted by Zachary Carlyle, Jason Casey, and Anne Romero with assistance from Judy Bizu. The case has been supervised by Laura Metcalfe, Reid Muoio, and Michael Osnato of the Complex Financial Instruments Unit. The litigation will be led by Nicholas Heinke, Polly Atkinson, and Mr. Carlyle.