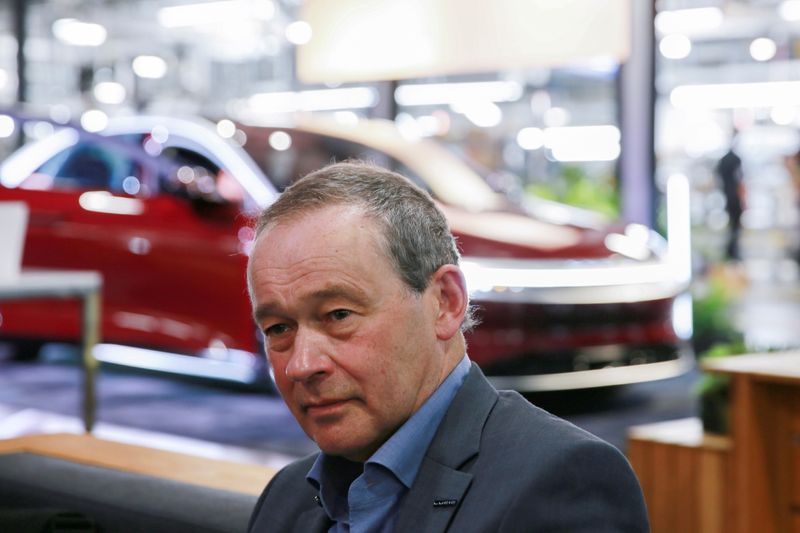 SAN FRANCISCO (Reuters) - It is likely to take a decade before self-driving taxis will be deployed on roads, the chief executive of electric car startup Lucid Group Inc, Peter Rawlinson, said on Thursday.

"I think we're 10 years out before we see fleets of robotaxis. They ain't coming anytime soon even with the most advanced sensing systems in the world," Rawlinson, a former chief engineer at Tesla Inc, said at the Reuters Events Automotive Summit.

Tesla Inc's CEO, Elon Musk, said in 2019 that robotaxis with no human drivers would be available in some U.S. markets in 2020. That proved to be inaccurate.

On Wednesday, Tesla's chief financial officer, Zach Kirkhorn, said it is "difficult" to be specific on likely time frames for achieving autonomous technology capability. Tesla currently sells its advanced driver assistance systems, marketed as "Full Self-Driving," for $10,000, with a promise to deliver more features in the future.

Lucid, a rival to Tesla, has started production of its Lucid Air luxury electric sedans, equipped with a number of sensors including 14 cameras and one lidar. "This is an unprecedented system in terms of its technical sophistication," Rawlinson said.

He said its current technology is a Level 2, or Level 2+ advanced driver assistance system.