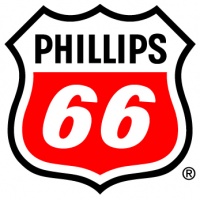 Phillips 66 (NYSE: PSX) and Southwest Airlines (NYSE: LUV) have signed a memorandum of understanding to advance the commercialization of sustainable aviation fuel, focusing on public awareness and research and development. The memorandum of understanding also sets the framework to explore a future supply agreement involving Phillips 66âs Rodeo Renewed project in California and highlights the commitment by both companies to a sustainable energy future.

Sustainable aviation fuel, or SAF, is a lower carbon-intensity fuel that can be produced from renewable feedstocks such as waste oils, fats, greases and vegetable oils. It is a drop-in fuel, meaning it can be used in existing aircraft engines and airport fuel infrastructure.

âPhillips 66 has a long history of driving innovation in the commercial and general aviation industry,â said Brian Mandell, Executive Vice President of Marketing and Commercial for Phillips 66. âWe are excited to work with Southwest Airlines to find ways to help achieve its lower-carbon goals and to develop a path forward for sustainable aviation fuel that benefits all segments of the industry.â

Phillips 66 is a major U.S. refiner and supplier of jet fuel and aviation gasoline. The memorandum of understanding aims to leverage the companyâs expertise in refining, distribution and technical commercialization of transportation fuels as well as its portfolio of renewable energy projects.

The latter includes Rodeo Renewed, the proposed conversion of the San Francisco Refinery in Contra Costa County, California, into one of the worldâs largest renewable fuels facilities, capable of producing an initial 800 million gallons per year of renewable fuels. The project, subject to permits and approvals, is expected to be completed in early 2024.

Southwest is the largest carrier of air travelers to, from and within California. Its operations in the state include a major East Bay hub at Oakland International Airport. The carrier is a member of Airlines for America, the industry trade organization representing the leading U.S. airlines that last month announced the commitment of its member carriers to work to achieve carbon neutrality by 2050. The pledge includes efforts to advance the rapid expansion and deployment of SAF to make 2 billion gallons available to U.S. aircraft operators by 2030.