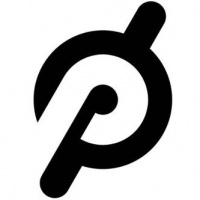 Peloton (NASDAQ: PTON) will cut a further 800 jobs, close stores, raise prices for its Bike+ and Tread machines, and outsource services such as equipment deliveries and customer service, according to a report by Bloomberg on Friday.

The company, which reduced the prices for its fitness equipment earlier this year, reportedly announced the sweeping overhaul in a memo to employees, which Bloomberg has seen.

The shake-up, which is the most wide-ranging since Chief Executive Officer Barry McCarthy joined the company in February, will get underway next year, according to the report.

However, it's not surprising that the company is struggling as demand continues to decline following the Covid pandemic boom.

Peloton has experienced a significant slowdown in the past year, with its shares down over 87% in the last 12 months. However, they rallied Friday, trading 13% above Thursday's close.

The latest overhaul is an attempt to turn around declining sales and boost efficiency.

Bloomberg revealed that McCarthy said in his memo that the company has to "make our revenues stop shrinking and start growing again."