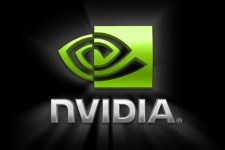 As computing requirements continue to grow exponentially in areas such as drug discovery, climate research and genomics, NVIDIA Mellanox 400G InfiniBand is accelerating this work through a dramatic leap in performance offered on the worldâs only fully offloadable, in-network computing platform.

The worldâs leading infrastructure manufacturers â including Atos, Dell Technologies, Fujitsu, GIGABYTE, Inspur, Lenovo and Supermicro â plan to integrate NVIDIA Mellanox 400G InfiniBand into their enterprise solutions and HPC offerings. These commitments are complemented by extensive support from leading storage infrastructure partners including DDN and IBM Storage, among others.

Expanding Ecosystem for Expanding WorkloadsEarly interest in the next generation of Mellanox InfiniBand is coming from some of the worldâs largest scientific research organizations.

âMicrosoft Azureâs partnership with NVIDIA Networking stems from our shared passion for helping scientists and researchers drive innovation and creativity through scalable HPC and AI. In HPC, Azure HBv2 VMs are the first to bring HDR InfiniBand to the cloud and achieve supercomputing scale and performance for MPI customer applications with demonstrated scaling to eclipse 80,000 cores for MPI HPC,â said Nidhi Chappell, head of product, Azure HPC and AI at Microsoft Corp. âIn AI, to meet the high-ambition needs of AI innovation, the Azure NDv4 VMs also leverage HDR InfiniBand with 200Gb/s per GPU, a massive total of 1.6Tb/s of interconnect bandwidth per VM, and scale to thousands of GPUs under the same low-latency InfiniBand fabric to bring AI supercomputing to the masses. Microsoft applauds the continued innovation in NVIDIAâs Mellanox InfiniBand product line, and we look forward to continuing our strong partnership together.â

âHigh-performance interconnects are cornerstone technologies required for exascale and beyond. Los Alamos National Laboratory continues to be at the forefront of HPC networking technologies,â said Steve Poole, chief architect for next-generation platforms at Los Alamos National Laboratory. âThe Lab will continue their relationship working with NVIDIA in evaluating and analyzing their latest 400Gb/s technology aimed at solving the diverse workload requirements at Los Alamos.â

âAmid the new age of exascale computing, researchers and scientists are pushing the limits of applying mathematical modeling to quantum chemistry, molecular dynamics and civil safety,â said Professor Thomas Lippert, head of the JÃ¼lich Supercomputing Centre. âWe are committed to leveraging the next generation of Mellanox InfiniBand to further our track record of building Europeâs leading, next-generation supercomputers.â

âInfiniBand continues to maintain its pace of innovation and performance, underlining the differentiation that has made it the most commonly used high-performance server and storage interconnect for HPC and AI systems,â said Addison Snell, CEO of Intersect360 Research. âAs applications continue to demand increased network throughput, the need for high-performance solutions, such as NVIDIA Mellanox 400G InfiniBand, has the potential to keep expanding into new use cases and markets.â

Edge switches, based on the Mellanox InfiniBand architecture, carry an aggregated bi-directional throughput of 51.2Tb/s, with a landmark capacity of more than 66.5 billion packets per second. The modular switches, based on Mellanox InfiniBand, will carry up to an aggregated bi-directional throughput of 1.64 petabits per second, 5x higher than the last generation.

The Mellanox InfiniBand architecture is based on industry standards to ensure backwards and future compatibility and protect data center investments. Solutions based on the architecture are expected to sample in the second quarter of 2021.