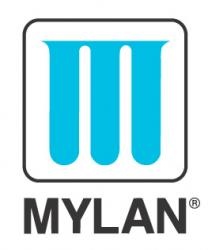 Mylan N.V. (Nasdaq: MYL) announced that the U.S. Patent and Trademark Office (PTO) has ruled in favor of Mylan in its inter partes review (IPR) proceeding and found all claims of U.S. Patent No. 8,969,302, which is owned by Yeda Research & Development Co., Ltd. and licensed to Teva Pharmaceuticals Industries Ltd., unpatentable. This is the third patent related to Copaxone® 40 mg/mL to be found unpatentable in the last week.

Mylan CEO Heather Bresch commented, "Through significant investment in research and development and by challenging these invalid patents, we are working to bring a more affordable generic alternative of Copaxone® to market. Challenging patents is just one of the ways that Mylan helps to ensure patient access to medicines. In the last few years alone, Mylan's patent challenges have allowed earlier access to generic competition for brand products equating to nearly $20 billion in annual brand sales product and reducing more than 60 years of patent life that otherwise could have blocked generics from entering the market."

On Aug. 15, the PTAB found Mylan's petition against a fourth Copaxone 40 mg/mL patent, U.S. Patent No. 9,155,776, ineligible for post-grant review for procedural reasons. However, Mylan believes that today's favorable ruling in the IPR against the '302 patent and the earlier favorable rulings in Mylan's IPRs against the '250 and '413 patents strongly undermines the '776 patent as well. As such, Mylan will proceed with pursuing all avenues to challenge the '776 patent.

Mylan believes it is one of the first companies to have filed a substantially complete abbreviated new drug application containing a Paragraph IV certification for a three times per week Glatiramer Acetate Injection 40 mg/mL, and expects to be eligible for 180 days of marketing exclusivity in the U.S. upon final FDA approval.