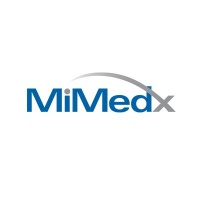 MiMedx Group, Inc. (Nasdaq: MDXG) (âMIMEDXâ or the âCompanyâ), a transformational placental biologics company, today announced that a federal court in Georgia has denied a motion to reconsider the dismissal of Carpenters Pension Fund of Illinoisâ (âCPFIâ) putative class action lawsuit claiming that the Company violated the federal securities laws.

Today, U.S. District Judge William Ray II, a federal judge in the Northern District of Georgia, dismissed CPFIâs lawsuit. Judge Ray ruled that he would not reconsider his decision; CPFIâs lawsuit will remain dismissed and is not subject to amendment. It remains to be seen whether the Plaintiffs will appeal.

In commenting on the ruling, William âButchâ Hulse, MIMEDX Executive Vice President and General Counsel, said, âWe are pleased with the Courtâs ruling and find it to be consistent with the law as set forth in our Motion to Dismiss. MIMEDX continues to focus on our future and the patients who benefit from our transformative products.â