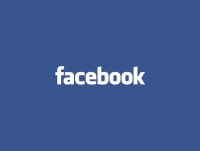 Meta Platforms, Inc. announced today that it will postpone the change to its Class A common stock ticker symbol until Q1 2022. The Company had previously announced its plans to change its ticker symbol, effective December 1, 2021.

In the interim, Meta's Class A common stock will continue to be listed on NASDAQ under the ticker symbol 'FB', which has been used since the company's initial public offering in 2012. Additional details will be provided prior to the new ticker symbol becoming effective in the first quarter of 2022.