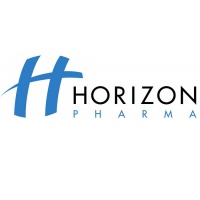 On July 6, 2015, Horizon filed a patent infringement lawsuit in District Court against Actavis related to Abbreviated New Drug Applications filed with the U.S. Food and Drug Administration to market a generic version of PENNSAID 2%. The lawsuit claims infringement of Horizon's U.S. Patent No. 9,066,913 (â913 patent) titled "Diclofenac Topical Formulation," which covers PENNSAID 2%. The District Courtâs decision was made based on the validity of Horizon Pharmaâs â913 patent for PENNSAID 2% and the Courtâs judgment will prevent Actavis from launching a generic version of PENNSAID 2% in the United States.

PENNSAID 2% has 18 Orange Book listed patents with terms that extend to 2030.