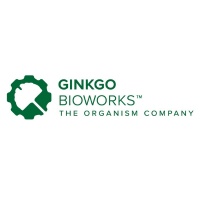 Ginkgo, which calls itself âthe organism company,â utilizes advanced technology to program cells for a number of different uses. The company is set to merge with the blank-check company Soaring Eagle Acquisition Corp. (Nasdaq: SRNG), according to a regulatory filing Tuesday.

âGinkgoâs platform makes it easier to program this code, and we are making this platform available to organizations working to solve our most pressing problems. From mRNA vaccines reaching peopleâs arms to combating climate change, the opportunity to work with programmed cells has never been more apparent. We are thrilled to partner with Arie as well as the team at Soaring Eagle to bring this vision to life,â said Jason Kelly, co-founder and CEO of Ginkgo Bioworks.

âGinkgo is not only a leader in this field, but its founders launched the modern practice of synthetic biology. There has never been a more critical time to employ Ginkgoâs technological achievements and efficiencies toward solving so many real-world problemsâenvironment, food, and health to name a few. Weâve been so impressed with Jason and his co-foundersâ sense of purpose and we believe that this team will be the ambassadors of these advances for decades to come,â Sloan commented.

Ginkgo will reach a valuation of $15 billion, before taking into account the proceeds secured by the SPAC and other investors. Soaring Eagle secured $1.73 billion including greenshoe shares in an IPO in February.

Instead of using zeros and ones, Gingko uses the four essential building blocks of DNA sequencing to program mammal, bacteria, and yeast cells to serve specific purposes. Last year, the organism company remodeled its technology and made it able to read and modify living cells in an effort to address the deficit of diagnostic testing.

The deal is expected to close in the third quarter of 2021, subject to the approval of the stockholders of both companies, and depending on certain regulatory approvals. Belldegrun will be joining Ginkgoâs board as a part of the agreement.

Ginkgo is a Boston-headquartered company founded in 2009 by a group of Massachusetts Institute of Technology graduate students and then-professor Tom Knight.