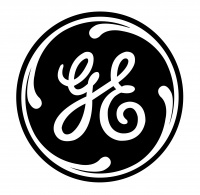 General Electric (NYSE: GE) announced that it will create a simpler, more valuable company by reducing the size of its financial businesses through the sale of most GE Capital assets and by focusing on continued investment and growth in its world-class industrial businesses.

GE and its Board of Directors have determined that market conditions are favorable to pursue disposition of most GE Capital assets over the next 24 months except the financing âverticalsâ that relate to GEâs industrial businesses. Under the plan, the GE Capital businesses that will remain with GE will account for about $90 billion in ending net investments (ENI) excluding liquidity â about $40 billion in the U.S. â with expected returns in excess of their cost of capital.

âThis is a major step in our strategy to focus GE around its competitive advantages,â GE Chairman and CEO Jeff Immelt said. âGE today is a premier industrial and technology company with businesses in essential infrastructure industries. These businesses are leaders in technology, the Industrial Internet and advanced manufacturing. They are well-positioned in growth markets and are delivering superior customer outcomes, while achieving higher margins. They will be paired with a smaller GE Capital, whose businesses are aligned with GEâs industrial growth.â

âThe successful IPO of GEâs retail finance business, Synchrony Financial, and other recent business exits have demonstrated that our financial services assets can be more valuable to others,â said GE Capital Chairman and CEO Keith Sherin. âGE Capitalâs businesses are excellent, and this is a great market for selling financial assets. Our people are world-class. We are confident these businesses will thrive elsewhere.â

As part of the execution of this new plan, GE announced today an agreement to sell the bulk of the assets of GE Capital Real Estate to funds managed by Blackstone. Wells Fargo will acquire a portion of the performing loans at closing. The Company also has letters of intent with other buyers for an additional $4 billion of commercial real estate assets. In total, these transactions are valued at approximately $26.5 billion.

Under the plan, GE expects that by 2018 more than 90 percent of its earnings will be generated by its high-return industrial businesses, up from 58% in 2014.

In 2015, GEâs industrial businesses remain on track for operating earnings per share of $1.10-$1.20, up solid double digits, in line with expectations. âWith sustainable growth, investments in competitive advantage, productivity programs and the addition of Alstom, we expect this performance to continue in the future,â Immelt said. âWe will focus our efforts on these businesses.â

Immelt added, âWe are completing another definitive and important move to reshape GE for the future. GE is a fast-growth, high-tech industrial company, built on the capabilities of the GE Store. The team is executing a detailed plan to boost margins and returns. We are allocating capital to grow the Company and benefit investors. Our best days are ahead.â

GE Capital has been an important part of the history of GE. However, the business model for large, wholesale-funded financial companies has changed, making it increasingly difficult to generate acceptable returns going forward.

GE will retain its âverticalâ financing businesses â GE Capital Aviation Services, Energy Financial Services and Healthcare Equipment Finance â that directly relate to its core industrial businesses. The assets targeted for disposition, in addition to Real Estate, are most of the Commercial Lending and Leasing segment, and all Consumer platforms, including all U.S. and international banking assets.

These businesses represent roughly $200 billion in ENI. Since 2008, GE has reduced GE Capitalâs ENI from $538 billion to $363 billion at the end of 2014. The separation of Synchrony Financial, which is targeted by the end of 2015, and other recently announced dispositions, account for another $75 billion in ENI reduction (the Synchrony separation is subject to regulatory approval).

There is potential to return more than $90 billion to investors in dividends, buyback and the Synchrony exchange through 2018. The exits of the targeted GE Capital businesses should release approximately $35 billion in dividends to GE (subject to regulatory approval), which, under GEâs base plan, are expected to be allocated to buyback; this is in addition to the impact of the Synchrony exchange and ongoing dividends. The GE Board has authorized a new repurchase program of up to $50 billion in common stock, excluding the Synchrony exchange. GE expects to reduce its share count to 8-8.5 billion by 2018. These actions would still allow room for opportunistic âbolt onâ acquisitions in GEâs core markets. GE also said it plans to maintain its dividend at the current level in 2016 and grow it thereafter.

GE has discussed this plan, aspects of which are subject to regulatory review and approval, with its regulators and staff of the Financial Stability Oversight Council (FSOC). GE will work closely with these bodies to take the actions necessary to de-designate GE Capital as a Systemically Important Financial Institution (SIFI). âWe have a constructive relationship with our regulators and will continue to work with them as we go through this process,â Immelt said.

Approximately $16 billion of after-tax charges are expected to be recorded in the first quarter of 2015 in connection with the plan â of which about $12 billion are non-cash. The charges include taxes on repatriated earnings, asset impairments due to shortened hold periods, and charges on businesses held for sale, including goodwill allocation.

GE expects that the earnings impact of the GE Capital exits will be offset by the buyback over the exit period.

GE will execute this strategy using an efficient approach for exiting non-vertical assets that works for GE and for GE Capital Corporation (GECC) debtholders and GE shareholders. An element of this approach involves a merger of GECC into GE and the creation of a new intermediate holding company for GECC businesses.

GE has amended its income maintenance agreement to guarantee all tradable senior and subordinated debt securities and all commercial paper issued or guaranteed by GECC. The guarantee will replace the current income maintenance covenant. GE will maintain substantial liquidity and capital through the transition and does not expect to issue incremental GE Capital long-term debt for at least five years. Commercial paper will be further reduced to approximately $5 billion by the end of 2015.

âWe are proud of the GE Capital team, the outstanding businesses that GE Capital employees have built, and how they have delivered for customers and shareholders over many years,â said Immelt. âThe GE Capital team has displayed great resiliency, facing tough cycles and driving strong results.â

GE will discuss this announcement on a webcast at 8:30 a.m. ET today, available at www.ge.com/investor. Related charts will be posted on our website for your review prior to the call.