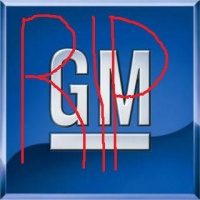 The long-awaited bankruptcy of General Motors' (NYSE: GM) is finally upon us and the U.S. government will pitch in another $30 billion of taxpayer money to assist in supporting the 'New GM', or what some have referred to as 'Government Motors'. GM will use Section 363 of the bankruptcy code which will result in the creation of a 'New GM' with a healthy balance sheet, putting the new company on a clear path toward long-term viability and success. The support of more than 54% of the bondholders cleared the way for the 363 sale.

The news marks the end of a century-long era, with GM being founded in 1908 and until recently dominating the auto industry. But corporate/union greed, rising health care/pension costs, wrong/inferior products, foreign competition and waste got the better of the once venerable automaker.

The rise of 'New GM' from the ashes will mark the beginning of a new era, one with big government's influence. At the onset, the U.S. government will own 72.5% of the 'New GM' and will also have the right to appoint the initial directors other than those that will be selected by the VEBA and the Canadian government. The Canadian government and health care trust VEBA will also have the right to select one initial director each.

Already influencing the future of the 'New GM', the automaker has committed to build a new small car in an idled UAW factory, which will boosts U.S. production for U.S. sale from its current level of about 66% to over 70%.

The future of GM is now in the U.S. government's hands and while the Obama administration has promised to seek to dispose of its ownership interest as soon as practicable, and to stay away from the day-to-day operations, it is already easy to see "big government's" influence. If this is just temporary or if it will accelerate remains to be seen. In the meantime, with the 'New GM' the U.S. government has laid out a statement on the four principles it will strive to adhere to while managing corporate ownership stakes, which suggests that GM is among the first of many more "New" companies.