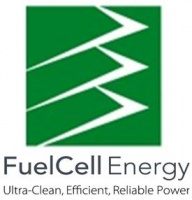 As previously disclosed, on March 17, 2017, the Company entered into a Memorandum of Understanding for Market Transition (“2017 MOU”) with POSCO to engage in discussions (i) to amend certain of the POSCO Agreements (as defined in the 2017 MOU), and (ii) relating to the development of market strategies to further the parties’ mutual interests. The 2017 MOU provided the Company with certain market access rights in Asia during the period of such discussions. By its terms, the 2017 MOU could be terminated by either party upon thirty days’ written notice if definitive amendments to the POSCO Agreements were not entered into by September 30, 2017.

Pursuant to the terms of the 2017 MOU, notwithstanding its termination, the Company will continue to execute on previously developed fuel cell projects in Korea. In addition, the Company may also fulfill any sales commitments in Asia secured in writing prior to July 15, 2018.