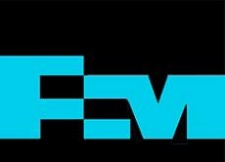 Richard C. Adkerson, President and Chief Executive Officer, said, \"We are pleased to report that execution of the underground ramp-up at Grasberg is advancing according to plan and recent milestones are encouraging as we target increasing volumes and cash flows from the Grasberg minerals district. We are also progressing our Lone Star copper leach project in Arizona and remain optimistic about the long-term opportunities for this large resource. We are focused on enhancing value for shareholders through our well-defined strategy of maximizing the value of our existing resource base through rigorous cost management, productivity and technology, successful execution of the underground ramp-up at Grasberg, generating cash flows to increase shareholder returns and creating value organically from our large undeveloped resource position in a disciplined manner.â