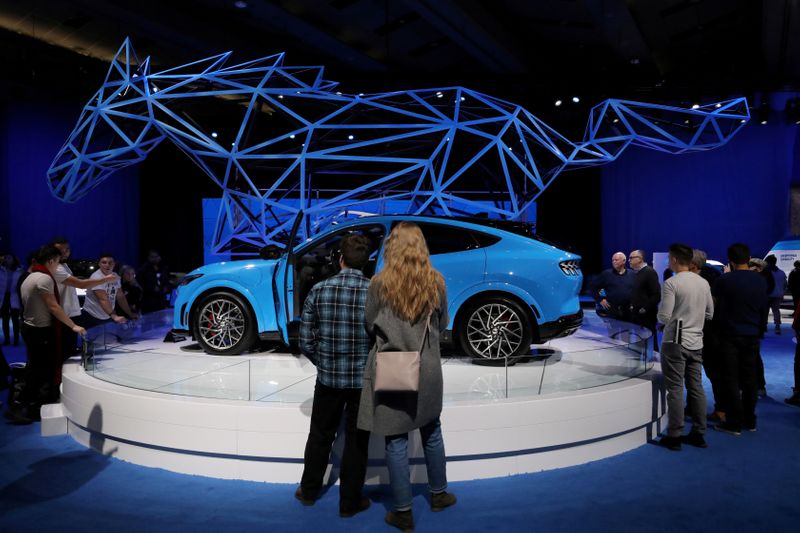 The system, called Active Drive Assist, will be offered on several Ford models, most notably the Mustang Mach-E, an all-electric crossover vehicle that goes on sale later this year and is targeted at the Tesla Model Y market.

Ford said U.S. buyers can order the Mustang Mach-E this fall with the Active Driver Assist hardware package, which includes extra radar sensors and a driver-facing camera, but the software won't be ready until fall 2021.

Tesla has constantly revised and updated Autopilot and now offers the feature across its entire four-model range. GM is expanding Super Cruise to other Cadillac models this fall and will offer an enhanced version to other GM brands over the next three years.

(Reporting by Paul Lienert in Detroit, Editing by Rosalba O'Brien)