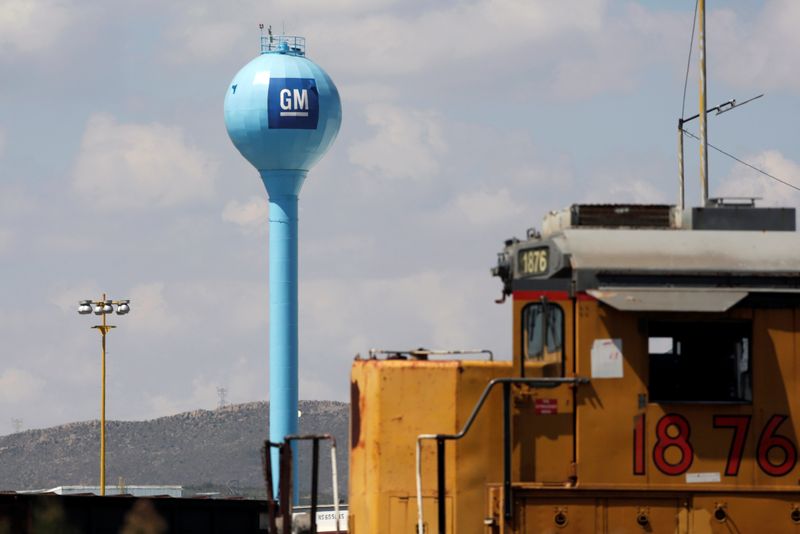 (Reuters) - General Motors Co (NYSE: GM) is set to announce plans on Wednesday to put into production an interchangeable "family" of electric vehicle (EV) drive systems and motors, boosting manufacturing efficiencies as it transitions to a fully electric lineup.

The move, which follows earlier GM initiatives on next-generation batteries, comes as the Detroit automaker looks to build a vertically integrated electric car business, comparable to Tesla (NASDAQ: TSLA), inside its ongoing operations.

According to a GM media release viewed by Reuters, the automaker is set to announce that it has designed and plans to produce on its own five interchangeable drive units and three motors, which it calls the "Ultium Drive" system.

GM said its new electric drive systems, sometimes referred to as e-axles in the industry, will have a versatile enough power output to allow them to be used with vehicles ranging from beefy pickup trucks to performance vehicles.

GM already has some EV partnerships, such as with truck startup Nikola Corp (NASDAQ: NKLA), but has chosen here to design its own e-drive technology, rather than buy from suppliers that might be able to offer greater scale and lower cost.

Adam Kwiatkowski, GM's executive chief engineer for global electrical propulsion, said that by designing its own e-axles, GM could better integrate them with an EV's battery and the rest of the car. E-axles combine gear, motor and power electronics into a single system and help convert the electricity from batteries efficiently to propel the vehicle.

GM "designed these drive units simultaneously with a full gambit of electric vehicles that fill out our portfolio," Kwiatkowski told Reuters in an interview last week.

"They become synergistic and make them a really efficient package that's good for the performance of the vehicle, good for driving customer enthusiasm, and most importantly it's good for cost efficiency," he said.

That in turn meant GM could give its EVs greater driving range, or vehicles could have less batteries, he added.

Other benefits include size, leading to a smaller drive train and more room for passengers, and also a more spontaneous motor response, Kwiatkowski said.

"There is very very little, totally imperceptible motor lag, so as soon as you touch the accelerator pedal the vehicle responds in a very smooth fashion."

The new technology highlights GM's effort to transform itself and catch up with Tesla, whose share price has jumped over 400% this year as it has reported improved profitability.

However, it will continue to lead the design, development and manufacturing of Ultium Drive units, he said.