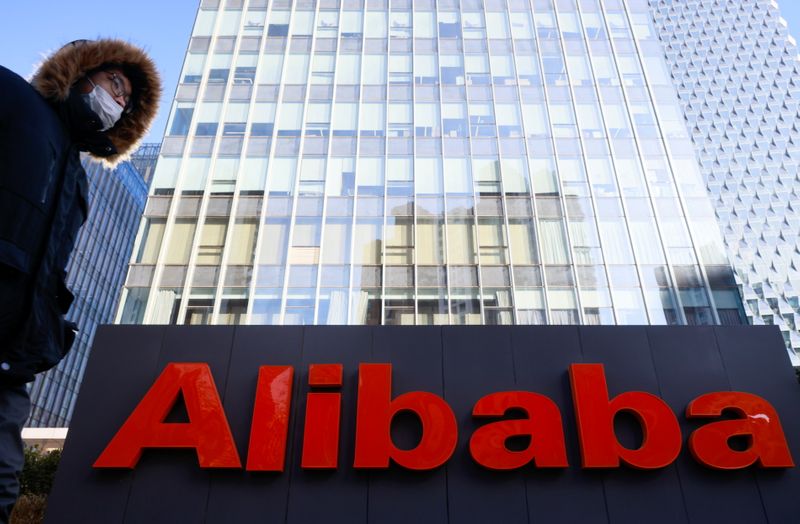 FILE PHOTO: The logo of Alibaba Group is seen at its office in Beijing, China January 5, 2021. REUTERS/Thomas Peter

Discussions over the matter have been held since early this year, the report said, adding that officials were shocked at how expansive Alibaba's media interests have become.

The company, whose mainstay business is online retail, has stakes in the Twitter-like Weibo platform and several news outlets including Hong Kong's South China Morning Post.

Such influence is seen as posing serious challenges to the Chinese Communist Party and its own powerful propaganda apparatus, the Journal's sources were quoted as saying.

Alibaba did not immediately respond to Reuters request for comment.

(Reporting by Sophie Yu and Tony Munroe in Beijing and Akanksha Rana in Bengaluru; Editing by Ramakrishnan M. and Kim Coghill)