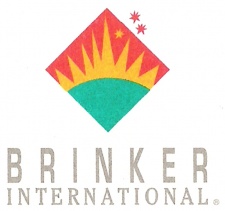 Brinker International, Inc. (NYSE: EAT) announced today that Wyman Roberts will retire as Chief Executive Officer and President of the company, President of Chili'sÂ® Grill & Bar and as a member of the Board of Directors effective June 5, 2022. Roberts, 63, will continue to serve the company in an advisory role for 12 months as part of the company's succession plan.

"After an extended search for a successor, the Board is pleased to have Kevin serve as Brinker's next CEO," said Joe DePinto, Chairman of the Board. "Kevin is a talented leader and innovative thinker with strategic vision, passion and a successful track record of building brands. We are confident he will create shareholder value and maintain the company's culture as we work to bring Chili's, Maggiano's and our virtual brands to even more Guests."

"On behalf of the Board of Directors and tens of thousands of Team Members, I want to thank Wyman for his dedication and leadership at Brinker for the last 17 years," said DePinto. "Wyman is a leader with that special ability to make big strategic decisions in a way that makes individual Guests feel special at tables in our restaurants around the world. His investment in people and the next generation of leaders, alongside his investment in operating systems and new technologies, have grown our brands through unpredictable challenges and set up our company for continued success in the future. Wyman leaves a legacy that will continue to positively impact Brinker, its Team Members and Guests for years to come."

"Since starting with Brinker 17 years ago, I have been inspired by the passion for making Guests feel special that our ChiliHeads, Maggiano's Teammates and BrinkerHeads bring to our restaurants every single day," said Roberts. "It has been a privilege to lead and be a part of this great company. I am impressed with Kevin's character and leadership skills, and I look forward to seeing him take our company to the next level of success as we make this transition."

Known as an exceptional brand builder and innovation leader, Hochman brings substantial experience and expertise to Brinker. Hochman most recently served as President and Chief Concept Officer of KFC, U.S., having been appointed to that position in March 2017. He concurrently served as President of Pizza Hut, U.S. from December 2019 to January 2022, and previously served as Chief Marketing Officer of KFC, U.S. from January 2014 to February 2017. Prior to that Hochman worked at Procter & Gamble for more than 18 years in various brand management and marketing roles.

"I am honored to be appointed Brinker's President and CEO and appreciate the support of Wyman and the Board," said Hochman. "I've been very impressed with our operations and technology and see huge potential for growing our iconic Chili's and Maggiano's brands. Brinker's mission is about making people feel special, and that's something I've tried to do throughout my career. I look forward to working with our Brinker team to accelerate growth by creating lasting and more frequent connections with our Guests and Team Members."