BP, Obama Aiming for a Settlement; BP Shares Rally Sharply Into the Close 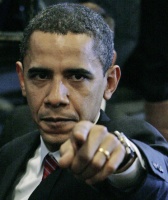 Shares of BP (NYSE: BP) surged into positive territory over the last 30 minutes of trading amid a story from the AP reporting that the integrated oil giant and the Obama administration could be in settlement talks related to fines from BP's debacle in the Gulf of Mexico.

Louisiana Representative Steve Scalise told the AP that a settlement would forgo a legal battle between the two -- a fight which would otherwise tie up funds from reaching those states affected by the massive oil spill which plagued coastlines all summer. Apparently BP and the administration are now negotiating to decide whether BP should be found "grossly negligent" for the spill.

After opening this morning's session down more than a percent from yesterday's close, shares of BP remained in the red throughout much of today's session. It wasn't until 10 minutes before the closing bell that BP shares turned positive; the stock closed today's session up 1.6% to $39.33.