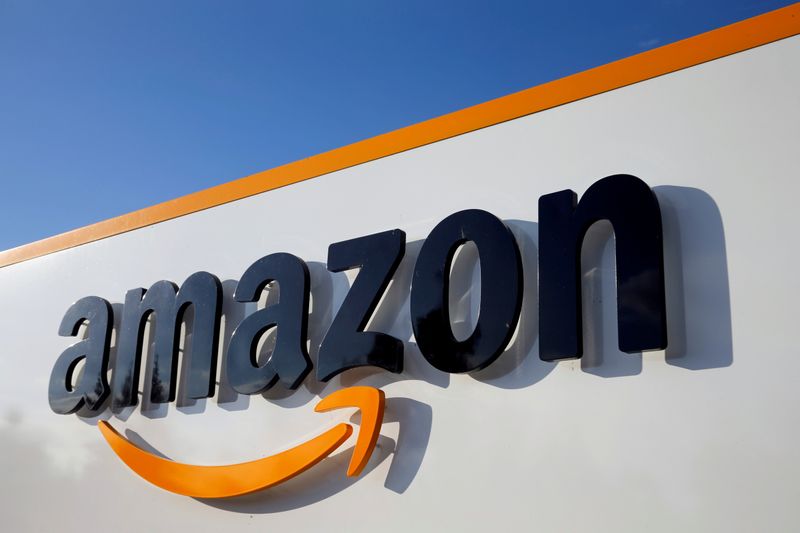 FILE PHOTO: The logo of Amazon is seen at the company logistics centre in Boves, France, August 8, 2018. REUTERS/Pascal Rossignol

(Reuters) - The National Football league (NFL) is close to a media rights deal with Amazon.com Inc's Prime Video service, which would allow the streaming platform to carry many games exclusively, the Wall Street Journal reported on Wednesday.

A deal with Amazon would result in a significant number of Thursday night games exclusively on Prime Video and represent the league's deepest foray into streaming, WSJ reported, citing sources familiar with the matter.

If completed, the deal will not take effect until after the 2022 season, the report said. (https://on.wsj.com/30dCiFS)

Amazon did not immediately respond to a Reuters request for comment, while the NFL declined to comment.

Last week, the Sports Business Journal reported a media rights deal between NFL and Walt Disney Co's ESPN and ABC channels. However, NFL denied the report and deemed it incorrect.