Amazon (AMZN) in Talks for Exclusive Thursday Night NFL Rights, Could Pay As Much As $1 Billion Per Year: Report 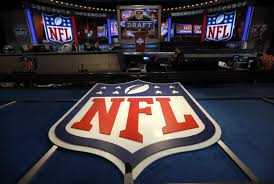 Amazon (NASDAQ: AMZN) is reportedly in talks with the National Football League (NFL) to show âa significant number of Thursday night games exclusively on its Prime Video platform,â according to a report in the Wall Street Journal.

The NFL is in talks with broadcasters over new deals, with some of them potentially announced as soon as next week. The league is in talks with FOX, CBS, NBC, and ESPN for Sunday and Monday games, with new deals likely to run for as long as 11 years.

If the deal is reached, games shown on Prime wouldnât be available on traditional television outside of the local markets of the two teams playing, the report notes.

Amazon is currently paying between $75 million and $100 million to stream Thursday games under the terms of the contract that runs out in two years. This payout to NFL could reach as much as $1 billion per year if games that are shown on Prime Amazon arenât broadcasted outside the local TV markets of the teams playing.

If the deal is agreed upon, it wouldnât take effect until after the 2022 season. Amazon is now sharing the Thursday night football experience with Fox, who is paying $660 million a season for that package. According to WSJ, Fox is losing $250 million a season amid high ownership rights it is paying to NFL.

âThis is a sign that the NFL wants to take as much as they can for as long as they can. A decade from now, the world will surely look different and a new set of bidders will need to emerge,â said MoffettNathanson media analyst Michael Nathanson.