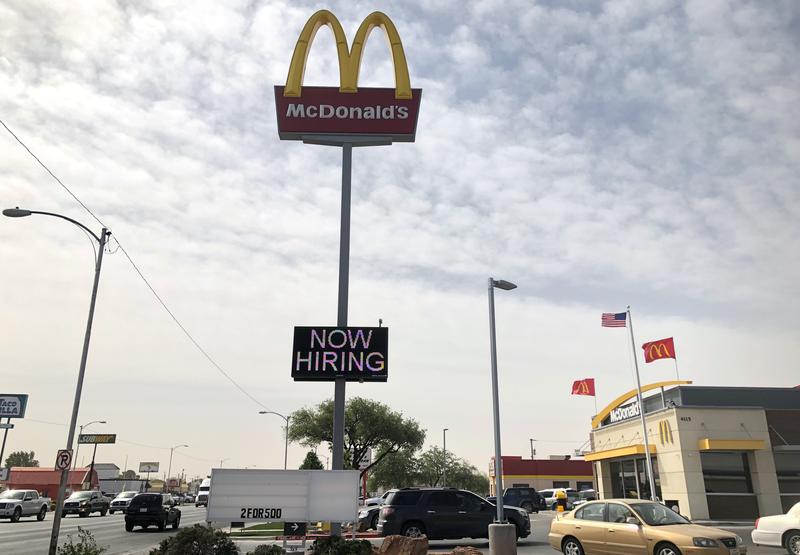 The battle for entry-level employees is raging as companies are forced to compete with government payments and each other for talent as the U.S. economy re-opens. Today, Amazon (NASDAQ: AMZN) and McDonald's (NYSE: MCD) were the latest to up the ante, each offering above-market starting wages, and in Amazon's case a significant signing bonus.

Amazon announced that it will 75,000 people in its fulfillment and logistics network across the U.S. and Canada. The positions offer an average starting pay of over $17 per hour, plus sign-on bonuses in many locations of up to $1,000. Based on an average 40-hour workweek, this suggests annual pay of $36,360 (including the bonus).

McDonald's announced a 10% average hourly pay raise at the nearly 660 U.S. restaurants it owns and operates. With the pay hike, entry-level crew will make at least $11 to 17 per hour, and shift managers will earn at least $15 to $20 an hour. The company is looking to hire 10,000 more hourly employees and expects average pay to hit $15 per hour by 2024, up from about $13. The pay raise does not apply to employees at the roughly 13,025 U.S. McDonald's franchised restaurants.

Earlier in the week, Chipotle Mexican Grill (NYSE: CMG) announced it is increasing restaurant wages resulting in a $15 average hourly wage by the end of June. Based on the pay hike, hourly crew member starting wages will range from $11-$18 per hour. Chipotle has also introduced a $200 employee referral bonus for crew members and a $750 referral bonus for Apprentices or General Managers. The average compensation for the Restaurateur, the highest General Manager position, is $100,000 and crew members can achieve this position in as little as three and a half years.

As the U.S. economy continues to transition back to normal, many expect the battle for employees to continue which could drive average wages even higher.