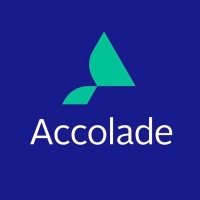 Accolade, Inc. (Nasdaq: ACCD) (âAccoladeâ) announced today that it intends to offer, subject to market and other conditions, $250 million aggregate principal amount of convertible senior notes due 2026 (the âNotesâ) in a private placement (the âofferingâ) to qualified institutional buyers pursuant to Rule 144A under the Securities Act of 1933, as amended (the âSecurities Actâ). Accolade also intends to grant the initial purchasers of the Notes an option to purchase, within a 13-day period beginning on, and including, the date on which the Notes are first issued, up to an additional $37.5 million aggregate principal amount of the Notes.

In addition, the option counterparties and/or their respective affiliates may modify their hedge positions by entering into or unwinding various derivatives with respect to Accoladeâs common stock and/or purchasing or selling Accoladeâs common stock or other securities of Accolade in secondary market transactions following the pricing of the Notes and prior to the maturity of the Notes (and are likely to do so on each exercise date of the capped call transactions, which are expected to occur during the 40 trading day period beginning on the 41st scheduled trading day prior to the maturity date of the Notes, or following any termination of any portion of the capped call transactions in connection with any repurchase, redemption or early conversion of the Notes). This activity could also cause or avoid an increase or a decrease in the market price of Accoladeâs common stock or the Notes, which could affect a noteholderâs ability to convert its Notes and, to the extent the activity occurs during any observation period related to a conversion of the Notes, it could affect the amount and value of the consideration that a noteholder will receive upon conversion of such Notes.

Neither the Notes, nor any shares of Accolade common stock issuable upon conversion of the Notes, have been registered under the Securities Act or any state securities laws, and unless so registered, may not be offered or sold in the United States absent registration or an applicable exemption from, or in a transaction not subject to, the registration requirements of the Securities Act and other applicable securities laws.