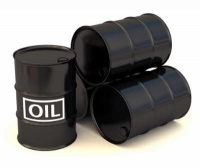 The bill -- which will finance the government through 2016 -- will now move to the Senate for a vote later today.

With the measure to lift the ban on crude exports, extensions of solar and wind energy tax credits will also be implemented.

Around $680 billion in tax breaks will also be revived, according to reports.