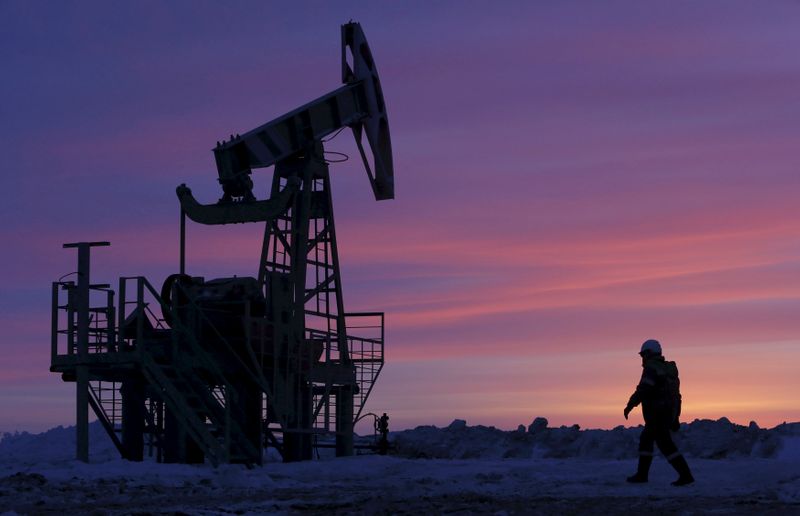 "A combination of higher refining activity and lower imports resulted in a third consecutive draw to oil inventories, and a chunky one at that," said Matt Smith, director of commodity research at ClipperData. He cautioned that a build to gasoline inventories offset the bullish draw.

Brent has now risen for nine sessions in a row, its longest sustained period of gains since December 2018 to January 2019. It is the eighth daily rise for U.S. crude. Some analysts say prices have moved too far ahead of the underlying fundamentals.

"The current price levels are healthier than the actual market and entirely reliant on supply cuts, as demand still needs to recover," said Bjornar Tonhaugen of Rystad Energy.

Crude has jumped since November as governments kicked off vaccination drives for COVID-19 while putting in place large stimulus packages to boost economic activity, and the world's top producers kept a lid on supply.

Top exporter Saudi Arabia is unilaterally reducing supply in February and March, supplementing cuts agreed by other members of the Organization of the Petroleum Exporting Countries (OPEC) and allies, known as OPEC+.

Some analysts forecast supply will undershoot demand in 2021 as more people get vaccinated and start going away on trips and working in offices.

"It should be a strong second half of the year and oil prices are a reflection of that," said Craig Erlam, Senior Market Analyst of OANDA Europe. "Momentum remains with the rally so it may not be long until WTI joins Brent in $60 territory."