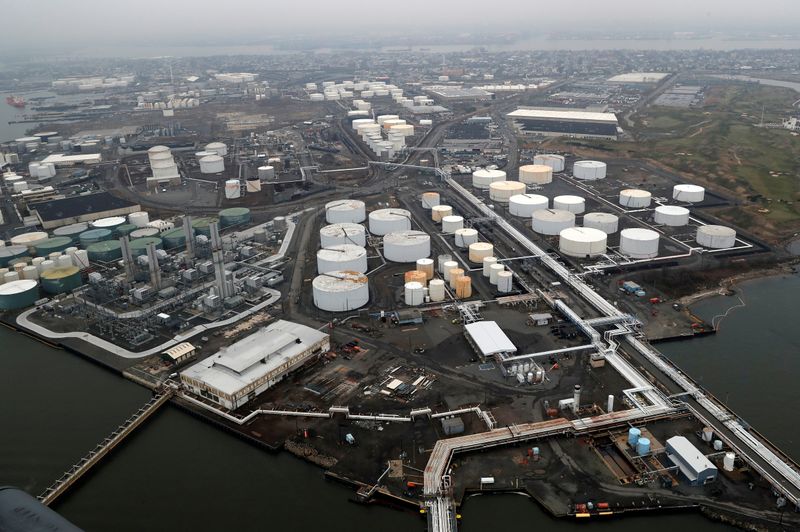 NEW YORK (Reuters) - Oil ticked up on Thursday on strong U.S. economic data, falling inventories and the OPEC+ decision to stick to its output cuts, but a stronger U.S. dollar limited the gains.

U.S. West Texas Intermediate (WTI) crude settled at $54 a barrel, rising 54 cents after reaching its highest settlement level in a year on Wednesday at $55.69.

"That helped, and given the broader situation with OPEC+, I would expect for this market to tighten up further," Kilduff said.

A rallying U.S. dollar, which typically moves inversely with oil prices, took some of the steam out of oil's momentum. The dollar hit more than a two-month high against a basket of other currencies.

On Wednesday, the Organization of the Petroleum Exporting Countries (OPEC) and allies - known as OPEC+ - extended its oil supply pact at existing levels, suggesting that producers are happy the cuts are draining inventories while uncertainty remains over the outlook for a recovery in demand as the COVID-19 pandemic lingers.

A document seen by Reuters on Tuesday showed that OPEC expects output cuts to keep the market in deficit throughout 2021, even though the group reduced its demand forecast.